Robo Chef will cause a stir in the kitchen

Moley Robotics from London has revealed a prototype robot for helping out in the kitchen. The Robo Chef robot can cause quite a stir and it was shown off at the industrial technology trade fair, Hannover Messe, in Germany. 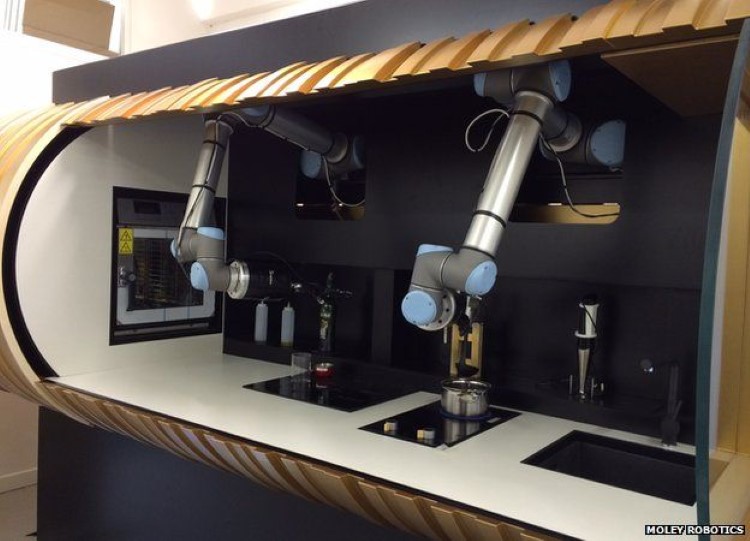 Robo Chef is a robot that can cook up a meal from scratch and it learns as it captures the movements made by a human when they are preparing a meal. The movements are turned into commands and these drive the robots hands. The 2011 BBC Masterchef champion, Tim Anderson, is training the Robo Chef to make dishes.

When Robo Chef appeared at the trade fair the chef got it to make crab bisque. The robot hands can take on tasks such as preparing and even making cooking an entire recipe from scratch. At the moment it is still in prototype and it is thought that Robo Chef won’t be on the market for another couple of years. The designers want to make the robot more compact and they also want to incorporate a dishwasher and built in fridge. With these additions it would be able to do everything itself, including chopping ingredients taken from the fridge, cooking on the hob or oven and then even clean up the dishes. 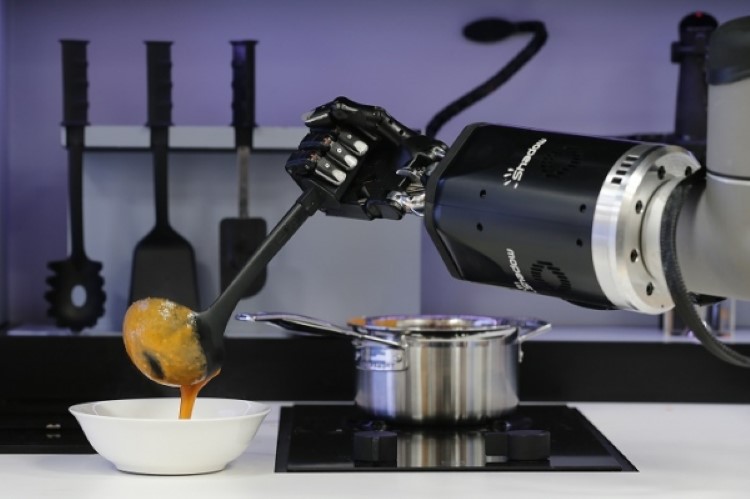 The Robo Chef isn't aimed at industrial settings, it’s for the home. When the robot goes into production the consumer version is going to cost around £10,000. The aim of the developers of the robot is to support it with thousands of recipes in the form of apps. There is a built in motion capture to allow the owner to share recipes with other users and their robots.

The hands of the Robo Chef were produced by Shadow Robot and make use of 20 motors, 129 sensors and 24 joints to copy the movements of the hands of a human when they are preparing and cooking food. Rich Walker from Shadow Robots said that the robotic arms could cope with many of the uncertainties when cooking, for instance, when beaten eggs peak.

At the moment the use of robotics in the home is in the early stages but it was said that robotics and autonomous systems have been identified as one of the eight great technologies that may help when it comes to rebalancing the British economy. Advanced robotics has been said to generate a potential economic impact of around £1.9 trillion to £6.4 trillion by 2025.

11 Retro Kitchen Appliances for the Passionate Chef in You