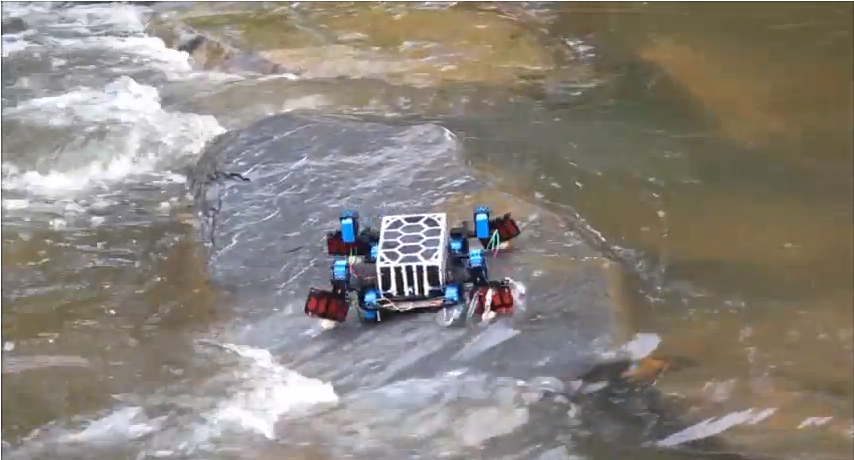 Many four legged animals are very good swimmers. This makes them amphibious and enables them to efficiently exploit land and water based resources. Realizing amphibious legged robots will be useful in many search, rescue, and recovery tasks. This will also enable non-intrusive environmental monitoring.

Prior efforts in building legged swimmers have resulted in robots that splash too much water. This causes inefficiency in swimming and disturbs the environment. Animals are able to exploit large degrees of freedom in their limbs to efficiently generate thrust without the need to take their limbs out of water during swimming. Replicating this in a legged robot requires a large number of motors, which adds to the robot's complexity and cost. So this idea is not used in robots. Instead, to prevent the canceling of the thrust force, robots take their limbs out of water during the portion of swimming stroke when the limbs are not pushing the water back. Limbs are reinserted into the water to push the water back, which creates a large splash. 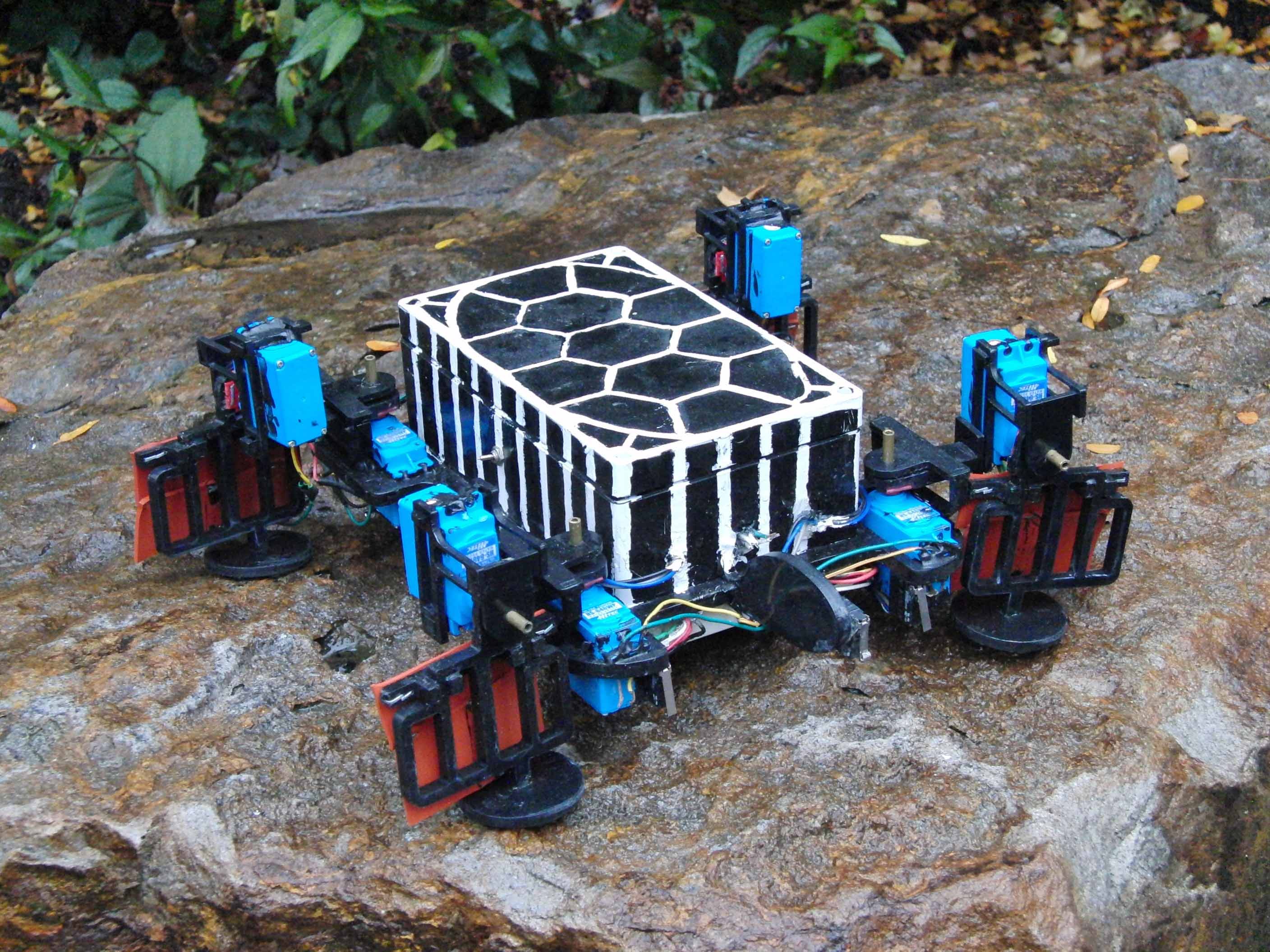 The University of Maryland researchers have developed a new legged robot called Robo Terp. This legged robot takes inspiration from turtles, and, like many turtles, it is able to both walk and swim. Its legs are designed to include passive compliant components, which act as one-way valves to control water flow and allow the robot to keep its legs in the water while swimming. This leads to splash-free swimming without increasing the robot cost.