However, the race didn't go quite as anticipated. A dog ran out in the middle of the course. Luckily, the autonomous cars avoided the four-legged obstacle.

Who let the dogs out? We've always wanted obstacles in Roborace ? #BAePrix pic.twitter.com/jUOyLqnrie

The two cars flew through the rest of the course at respectable speeds of 115 mph (185 kph). One vehicle took a turn too strong and crashed into a wall.

"One of the cars was trying to perform a maneuver, and it went really full-throttle and took the corner quite sharply and caught the edge of the barrier," chief marketing strategist Justin Cooke told the BBC.

Despite the hiccups and crashes, however, Roborace and others deem the inaugural race a successful one. As they should; no one was hurt as a result of the crash which is more than most other races could report.

"It's actually fantastic for us because the more we see these moments the more we are able to learn and understand what was the thinking behind the computer and its data," Cooke said.

"The car was damaged, for sure, but it can be repaired. And the beauty is no drivers get harmed because... there is no-one in them."

The racecars, called Devbots, use AI software and a Lidar system rather than a remote-controlled system run by humans. The sensors let them communicate with other cars on the track and avoid collisions (or at least try to avoid them).

This isn't the first time the sleek Devbots took to pavement. Roborace debuted one Devbot on the Donington Park circuit last year in the UK. This marks the first time two Devbots went head to head, however. 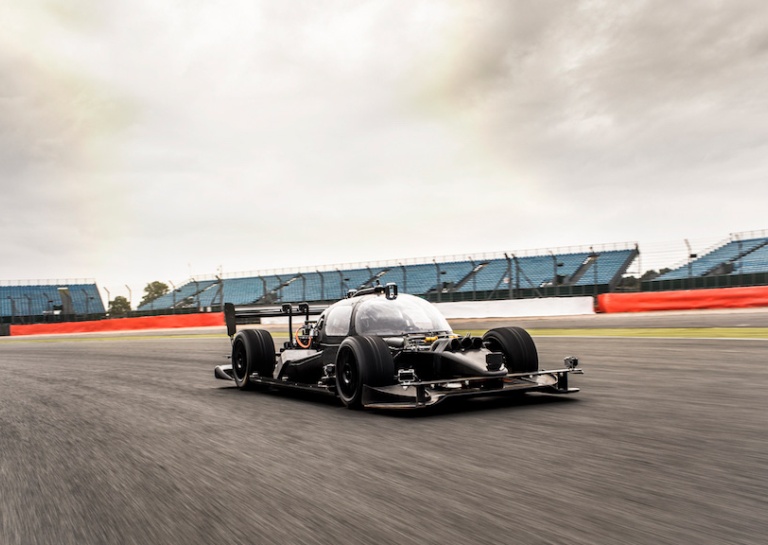 Roborace's next showcase will be at the Formula E race in Mexico City. That race is currently listed to be held on April 1.