Socially-assistive robots help in the therapy for autistic children.

Social semi-humanoid robots are quickly gaining territory in the education and healthcare industry. The rapid advancement of artificial intelligence (AI) coupled with new developments in robotics have resulted in the creation of super friendly semi-humanoid robots that are perfect for aiding the elderly and children alike in countless therapy and rehabilitation scenarios. 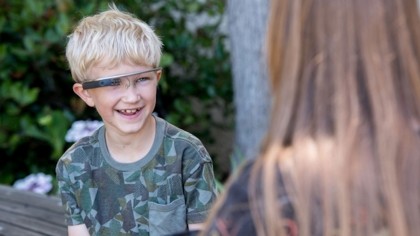 Robot-assisted therapy is a kind of therapy that helps to augment the traditional human therapy and is considered a game changer. In recent years, robot-assisted therapy with children who suffer from autism spectrum disorder (ASD) has been extremely successful. This has opened up an area within robotics that promises to make a difference in the future of healthcare and education.

Artificial Intelligence (AI) in combination with advanced robotics can now be used as an educational and therapeutic tool to stimulate cognition, mental health, and also to aid the elderly in rehabilitation centers.

The Center for Disease Control (CDC), has recently announced that the incidence of autism is 1 in every 59 children. There has been a growth rate of 250% during the last 15 years. Autism is now emerging as a public health priority. ASD occurs in all racial, ethnic, and socio-economic groups. However, the incidence is five times more common among boys than among girls.

There is no cure for autism. However, scientific studies suggest that intensive therapies at an early stage of a child's development yield long-lasting and meaningful improvements to the child’s ability to adapt and thrive in social situations.

ASD is characterized by difficulties in early social interaction and communication, as well as in attention. Therapy sessions which include more engaging tools are of great help in order to maximize long-lasting efficiency.

Here, we have a look at the different types of ASD as well as a few options available for robot-assisted therapy for autistic children.

Autism Spectrum Disorder has been classified into three different types:

QTrobot is a semi-humanoid social robot developed by LuxAI, located in LuxFutureLab, a high tech incubator in Luxembourg City, to increase the efficiency of autism therapy by attracting children’s attention in order to teach them new life skills. QTrobot is easily programmable by anyone, even those without an IT background.

QTrobot is the first one scientifically and empirically validated to increase the learning opportunities of children with autism in social and communication skills. QTrobot aims at improving children’s likelihood of integration into society in the future.

There are QTrobots in 8 autism centers from 5 European Union countries.

One of the major barriers for caregivers and therapists in using social robot technology to improve their word is the difficulty they encounter when they have to learn to program the robot or have an IT person doing it for them. QTrobot tackles this problem by being easy to use and programmable by anyone, including therapists and parents with a non-technical background.

QTrobot is, therefore, a very flexible solution that adapts to the way that the autism professional works. Therapists can program QTrobot themselves to administrate the sessions by using the same materials and methodologies that they find effective, making QTrobot a personal tool.

The data sets were then embedded into NAO, a social robot developed by Softbank Robotics in France which is used in education and also in autism therapy. This allows NAO to estimate the engagement and interest of each individual child during the therapy sessions.

Deep-learning is one step further toward building a personalized framework that could, in the future, learn from data collected on each individual child. This would help the robot to get a better automatic estimation of children's behavior, making it a powerful artificial intelligence tool in the therapy of autistic children.

Milo is a humanoid robot is designed to be used as a tool in therapy for autistic children. Milo appears to be interesting and approachable for learners with ASD, helping them tun in emotions, learn to express empathy, learn about social situations and how to better integrate with them. Milo can walk, talk, and model human facial expressions.

Milo delivers lessons in a way that learners with ASD respond to, making them more confident when they find themselves in similar situations with humans. This recurring positive experience helps creates an environment in which learners can learn and thrive.

Robots4Autism helps learners improve their social and behavioral skills through a series of lessons that Milo teaches. As a result, children gain the confidence they need to succeed academically and socially.

Dr. Temple Grandin's inspiration: What it feels like to be autistic

She is such a wonderful inspiration, not only for autistic children but for everybody, that her life inspired the making of a movie to show how the Autistic Brain really works. Temple has written several books on autism to help parents, teachers, and therapists who work with young children.