Aurora is deepening its research development of ALIAS by working on a system that would aid the pilot in tracking aircraft physical, procedural, and mission states.

Artificial intelligence is forecasted to take over the commercial and government aerospace community in the future as the development of an automated robot called ALIAS is achieving unprecedented avionics milestones. DARPA (Defense Advanced Research Projects Agency) is leading the ALIAS program that aims to enhance military flight safety and reduce the required onboard crew.

There is a high demand for military aircraft to upgrade its avionics technology and software in order to improve complex interface performance, effectively respond to emergency situations and other unexpected events. However, these aviation updates come at a steep price - the cost can accumulate to tens of millions of dollars per aircraft. And DARPA's solution to this is to incorporate a versatile, drop-in, removable kit that would add intelligent automation into an existing aircraft capable of full operation and reduce overall manpower. This is where the latest automated robot called ALIAS (Aircrew Labor In-Cockpit Automation System) comes in. DARPA came up with the automated robot program with developer Aurora Flight Sciences to create an artificially intelligent pilot helper. 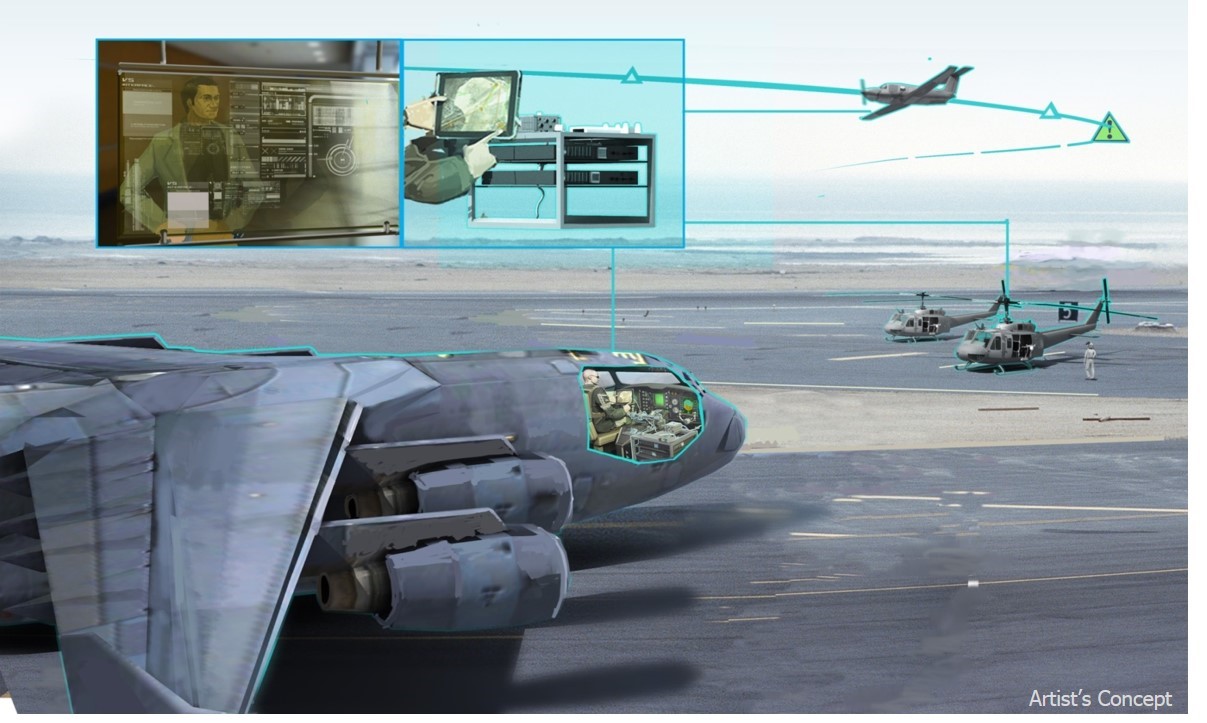 ALIAS aims to aid the execution of an entire mission starting from takeoffs and landings, even in stressful scenarios like an aircraft system malfunction. With the ability to immediately recall flight procedures and having persistent-state monitoring capacities, ALIAS is envisioned to enhance flight safety and step in place of pilots should they somehow become incapacitated. From takeoffs to landing, and even during contingency events, the automated robot will soon provide hands-on support to human pilots. With its ability to recognize standard gestures like swiping and tapping, pilots can fly an aircraft through ALIAS' tablet-interface features. This technology can be potentially applied to airplanes and helicopters. 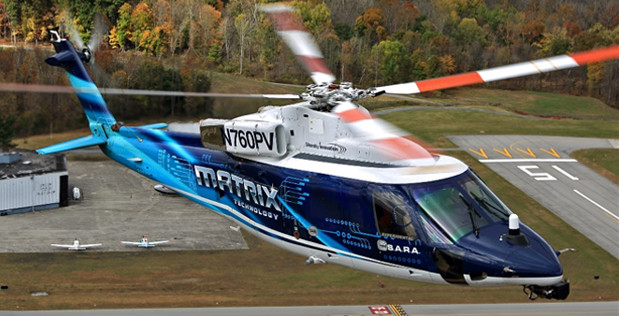 DARPA's previous program manager, Daniel Patt, explains the long-term goal of their automated robot pilot project during the earlier days of the program. "Our goal is to design and develop a full-time automated assistant that could be rapidly adapted to help operate diverse aircraft through an easy-to-use operator interface. These capabilities could help transform the role of the pilot from a systems operator to a mission supervisor directing intermeshed, trusted, reliable systems at a high level".

Other government bodies such as NASA, the U.S. Airforce, the U.S. army also finds the program beneficial and are already providing support to further develop the potential applications of ALIAS. DARPA, along with these stakeholders, aims to continue working together in collaboration with the commercial and government aerospace community to pinpoint potential transition opportunities for the artificially intelligent pilot system.

After exceeding the original program's objectives in the Phase 2 testing, DARPA's program manager now, Scott Wierzbanowski, reveal the agency's plan for ALIAS. "In Phase 3, we plan to further enhance ALIAS’ ability to respond to contingencies, decrease pilot workload, and adapt to different missions and aircraft types. We’re particularly interested in exploring intuitive human-machine interface approaches—including using handheld devices—that would allow users to interact with and control the ALIAS system more easily. Ultimately, we want to design for and demonstrate the improved ALIAS system across as many as seven previously untested fixed- and rotary-wing platforms".

For ALIAS' Phase 3 program, DARPA has decided to collaborate with Lockheed Martin's Sikorsky.

The technology behind ALIAS 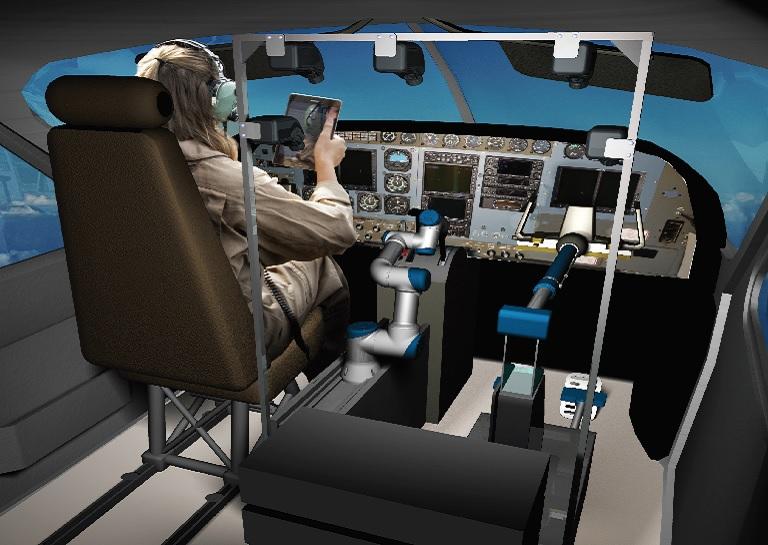 The age of self-driving cars is now a thing of yesterday, the dawn of a new age has come and they are taking the skies above us. Autonomous airplanes are starting to take center stage with the latest achievement of Aurora Flight Sciences' ALIAS. The automated robot arm co-piloted a simulated Boeing 737 flight, which it successfully flew and landed autonomously.

ALIAS is essentially programmed to actuate aircraft controls and perceive aircraft instrumentation using invasive robotic manipulation and machine vision. One of the key purposes of the automated robot is to immediately train the system and adapt to a new aircraft class in less than a month. To be able to do this, the system must absorb knowledge of an aircraft's flight dynamics, protocols, and general airmanship. Aurora is also to develop an intuitive in-cockpit user interface that would allow the actual pilot to communicate tasks and work with ALIAS, which is one of the long-term goals of the project. 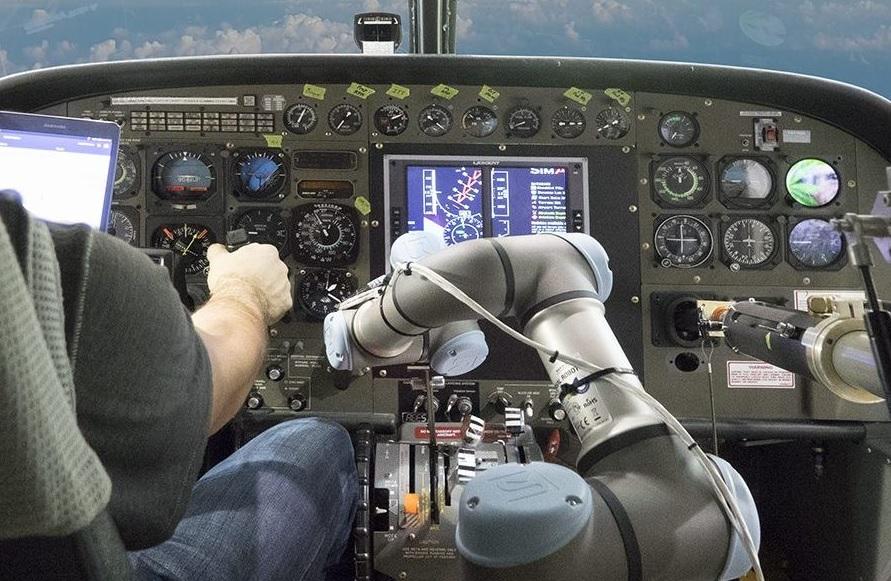 This technological development is foreseen to enhance the efficiency of current flight operations by assigning cockpit roles best performed by humans to humans, and giving roles best performed by automation to automated robots. By having this kind of work environment, human pilots can improve their performance with reduced workload. It can also significantly reduce the cost of flights because of simplified training and minimal crew requirements.

A few days ago, ALIAS was able to demonstrate its autonomous flight capabilities by successfully fulfilling various flight scenarios in a Boeing 737 simulator. This recent success of the automated robot just further reinforces its previous components installation and testing on a Diamond DA42, Cessna 208 Caravan, UH-1 Iroquois, and DHC-2 Beaver aircraft.

In its Boeing 737-800NG flight test, ALIAS was able to show off its ability to autonomously land the aircraft safely by using the existing 737 auto-landing system. Alias was put in a stressful by scenario by having to step in place of the pilot and safely land the aircraft. 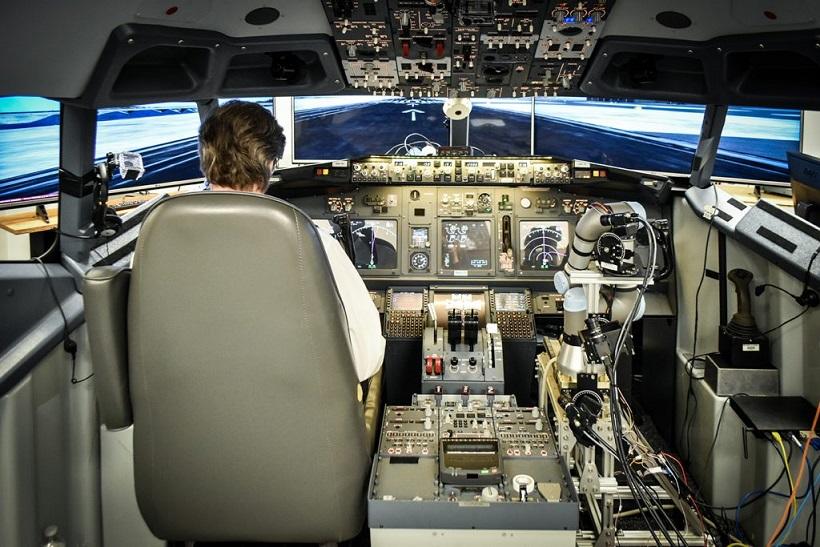 John Wissler, Aurora's Vice President of Research and Development, pointed out that ALIAS was able to prove its intended purpose. "Having successfully demonstrated on a variety of aircraft, ALIAS has proven its versatile automated flight capabilities. As we move towards fully automated flight from take-off to landing, we can reliably say that we have developed an automation system that enables a significant reduction of crew workload".

Aurora is deepening its research development of ALIAS by working on a system that would aid the pilot in tracking aircraft physical, procedural, and mission states. This development would greatly enhance flight safety by constantly updating the pilot of situational awareness.