In a surprising feat that even exceeded the expectations of the company that developed the robot, AI-powered Xiaoyi passed the medical licensing exam with flying colors.

We have all heard about the infamous rigors of medical school, internships and finally, the residency period, that all physicians must undergo if they want to practice medicine. This period of roughly eight years (or longer) is littered with exams. The most crucial one is the medical licensing exam administered in each country.

For this reason alone, the efforts of Xiaoyi --an artificial intelligence (AI)-powered bot in China -- to take and recently pass the country’s licensing examination is truly remarkable. Incidentally, Xiaoyi is the first robot to do so, exceeding everyone’s expectations by scoring 456 points, an impressive 96 points above what is considered passing marks.

The robot was developed by China-based iFlytek, the country’s leading company in the area of AI, who envision Xiaoyi serving as a useful assistant for human doctors. Considering that the bot was originally developed only to take down and analyze patient information, the results are even more rewarding for the company. iFlytek plans to have Xiaoyi assist human doctors in order to improve their efficiency in future treatments. “We will officially launch the robot in March 2018. It is not meant to replace doctors. Instead, it is to promote better people-machine cooperation so as to boost efficiency,” iFlytek chairman Liu Qingfeng said in a statement.

iFlytek also plans to employ AI technology in the areas of cancer treatment as well as training general practitioners, two areas of need the company has identified. 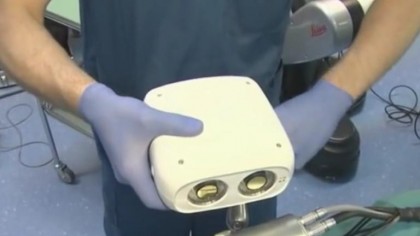 In a study, titled “Training doctors for primary care in China: Transformation of general practice education”, Donald Li highlights how the combined problem of general practitioner (GP) perception, as well as insufficient numbers of trained GPs, makes the problem more difficult: “[T]he public still lacks the trust to engage with GPs and still prefer to squeeze into Grade III Class A and large hospitals despite long waits, queues, and associated hardships to seek treatment even for minor ailments. It is a psychological conception that hospitals still offer higher quality services."

Countries like China and Dubai have both expressed great interest in ramping up AI research and development (R&D) efforts, each launching a timeline to set their respective countries up to become giants in the area. The target year for China is 2030, and Xiaoyi no doubt brings the country one step closer to achieving this goal.

"By 2030, our country will reach a world-leading level in artificial intelligence theory, technology and application and become a principal world center for artificial intelligence innovation," leaders announced in a Cabinet statement from 2013, elaborating that an ambitious approach to AI development will position China to be "in the forefront of innovative countries and an economic power."

Perhaps one day there will be a way to simulate sleepless nights, sporadic eating habits and the stress of an intensive residency program in order to toughen up the bot. Until then, we will have to hope that Xiaoy’s experience in deep learning and algorithms substitutes for these character-building experiences.