Despite being modern and highly technological human beings, sometimes it's just too difficult to keep up with the fast-paced routine of the world we live in. And sometimes, the only way to accomplish tasks and become efficient is to multitask. So, a group of researchers from the University of Tokyo and Keio University built MetaLimbs, a pair of wearable robotic arms that help humans with multitasking.

Future humans can wear an extra pair of arms

There are two kinds of people in the world, those who are good multitaskers and those who cannot do two things at once. In any case, both conditions could be improved with this extra pair of robotic arms and hands. Too futuristic for you? Probably, but just imagine all the productive tasks you can get done in a short period of time. But before your minds wonder off into thinking about inappropriate uses of this technology, let's talk about how it works.

MetaLimbs was conceptualized and built in the Inami Hiyama Laboratory in Tokyo, Japan. The researchers wanted to "edit" or augment the human body so it will be able to do more tasks. They equipped the robotic arms with a series of mapping technologies that coordinates the motion of the lower body relative to the movements of the robotic limbs. This means users are able to control the artificial arms by moving their legs, feet, and toes.

In some cases, a simple pair of extra arms and hands just won't do as the task that needs to be accomplished is highly sensitive or particular. MetaLimbs' hands can be replaced with other robotic tools to greatly provide the required human help. 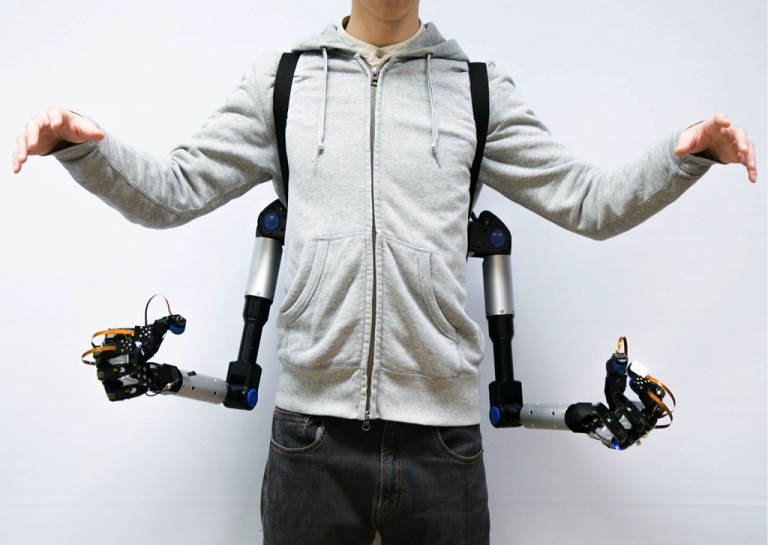 One of MetaLimbs' primary goal is to find a way to overcome physical limitations in the human body and to optimize our capabilities to accomplish daily tasks and activities. Tomoya Sasaki, the research's project leader from the Keio University, enumerated what his team wishes to discover by developing the concept of MetalLimbs.

"Our scientific motivation for this project was to explore how additional artificial limbs would affect body perception, especially which configurations would make a user perceive physical alterations of his or her body as part of itself, and how our abilities and activities could be enhanced by the use of such body augmentations".

By building and testing the MetaLimbs prototype, Sasaki and his team are able to assess the effectiveness of their concept.

"MetaLimbs is a proof-of-concept prototype that explores these questions", said Sasaki. 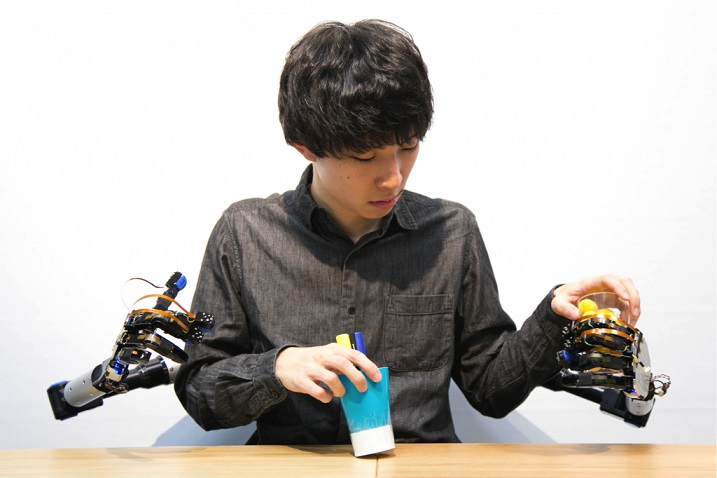 Originally, the robotic limbs were designed and developed for accomplishing tasks while the user is in a sitting down position as control of the arms and hands comes from moving the legs and feet. However, the researchers improved MetaLimbs' functions by incorporating enhanced features so a user can control the artificial arms using their toes while standing. According to Sasaki, MetaLimbs can be exploited in plenty of various daily scenarios and in a wide arena of applicational fields.

"In the industrial environment, workers could be more efficient or simply safer in manipulating dangerous or heavy loads. Or in a very different field, the entertainment industry, MetaLimbs could be used to create and implement novel artistic performances. The possibilities are endless". 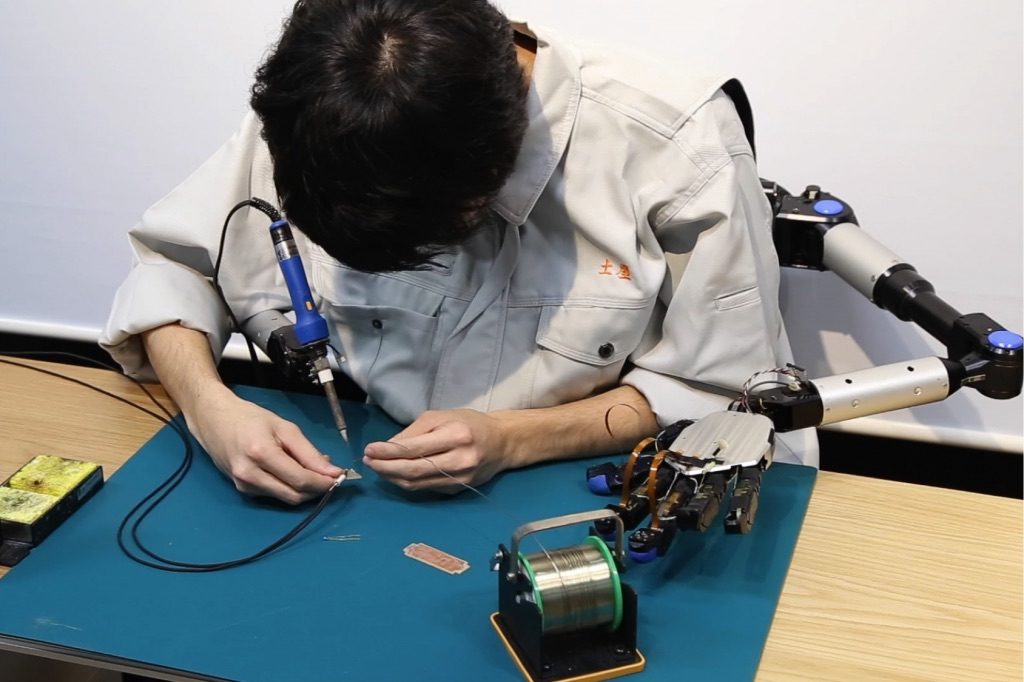 Surely, having an extra pair of limbs require some time to adjust to and learn how to co-exist with it. But since the robotic arms technology is just currently in its prototype phase, it will take a while until we encounter other humans with four upper body limbs.

MetaLimbs will be presented by the research team at the 2017 SIGGRAPH Emerging Technologies event in Los Angeles, which will take place from the 30th of July until the 3rd of August.