The University of Maryland has released a new version of robotic bird. The previous version of their bird called Robo Raven was able to do complex aerobatic maneuvers like flips, dives, and tight turns. Their newest work, Robo Raven III, has taken it one step further by integrating solar cells into the mechanical structure of the wings.

Flapping wing MAVs of the future will be able to fly indefinitely because they will be able to use onboard solar cells to charge their batteries while they fly or when they are stationary. Robo Raven III takes the first step in this direction by using flexible solar cells integrated into the physical structure of the wings. The recent advances in flexible solar cell technology was a enabling technology for Robo Raven III because the wings are compliant in nature and they are also the largest surface area on the system, so solar cells have to be flexible to be able to provide enough power to be worth integrating. 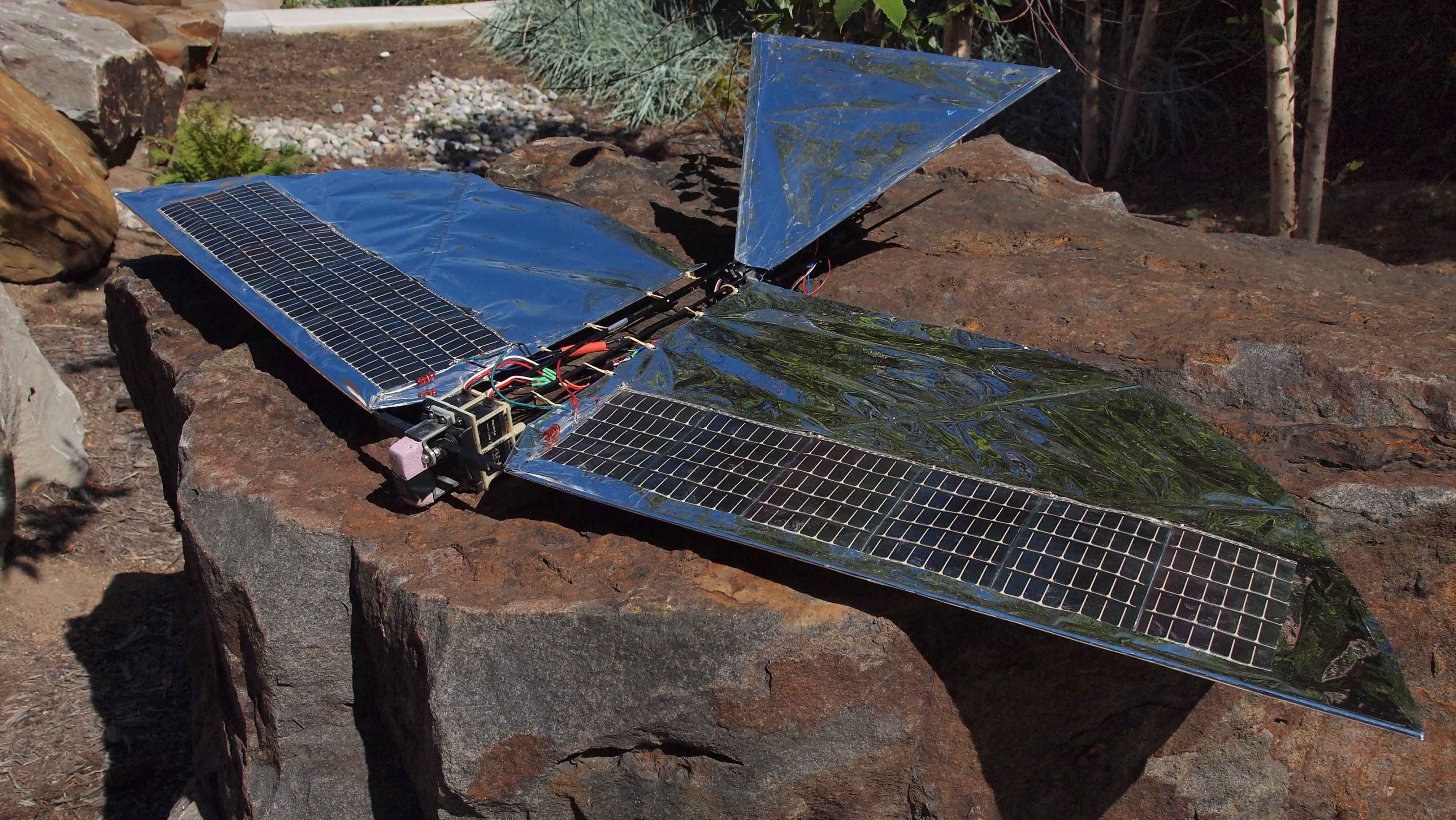 These solar cells perform two main functions. First, they help the wings maintain a better airfoil wing shape during flapping because they are more rigid than Mylar, which is the material that the wings of original Robo Raven are made out of. This airfoil shape comes about as a passive response to the flapping because the wings are compliant. It is this airfoil that provides most of the MAV’s lift force, so better wing shape equals better performance. Second, and most obviously, the wings can be used to charge the battery of the MAV. 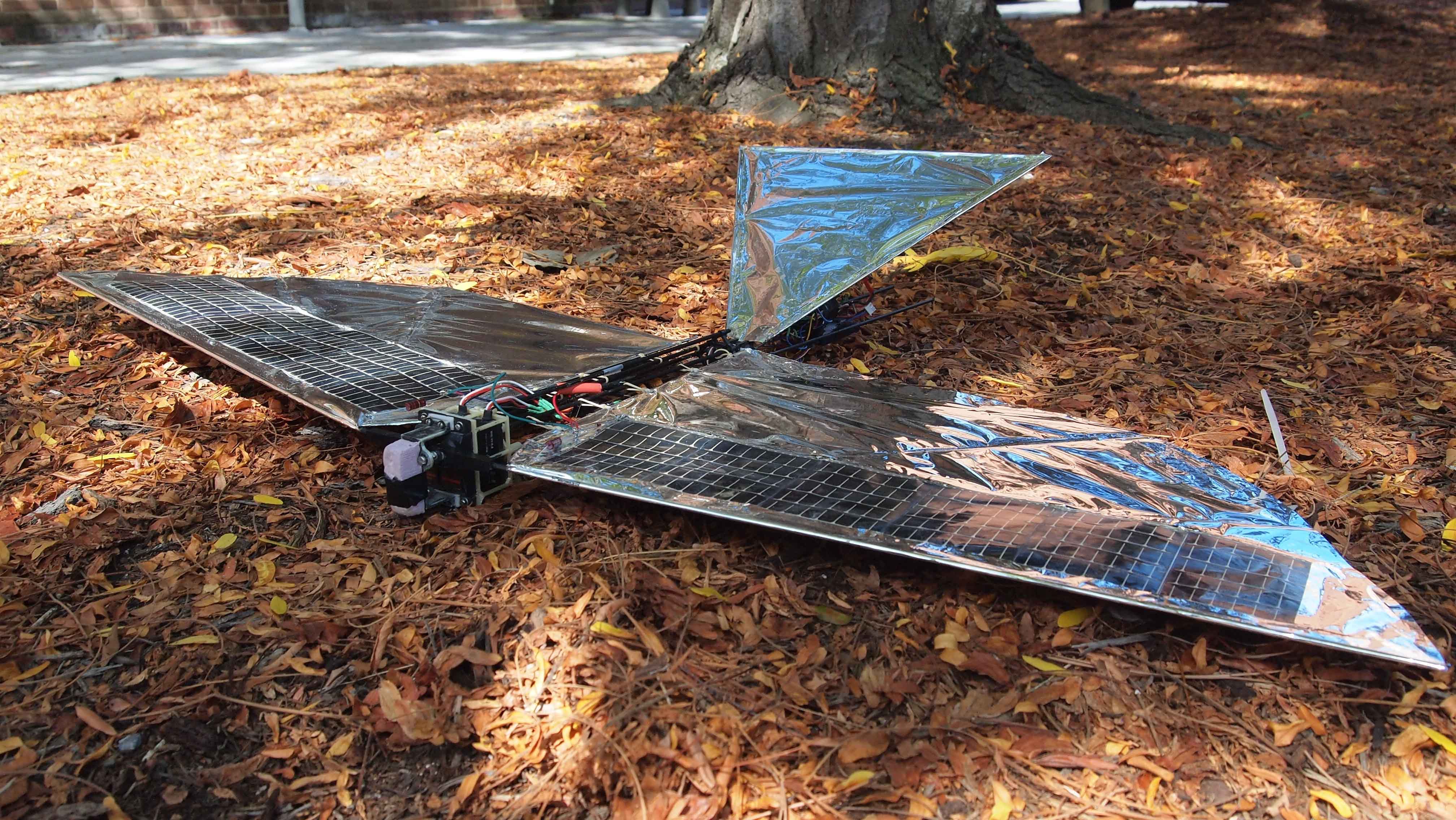 Robo Raven III is the first flapping wing MAV to fly on batteries charged by integrated on board solar cells. Future improvements include covering more wing and tail area with solar cells to provide more power for quicker charges.