Swiss tech company ABB is putting up $150 million for the construction of the world's most advanced robotics factory in Shanghai, China that will combine cutting-edge AI and digital technologies.

We are approaching a point in our technological evolution in which the influence and presence of robotics are becoming undeniable. Most recently, some examples of this include the increased use of robotics in assisting in surgeries and carrying out underwater missions. 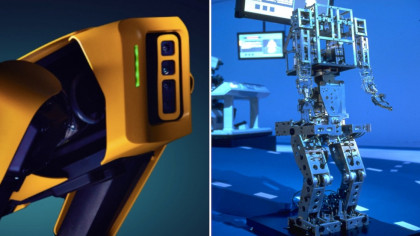 15 Engineers and Their Inventions That Defined Robotics

One of the most important components for the healthy advancement of this crucial robotics industry lies in a strong collaboration between local government and industry leaders. Based on this line of thinking, highly influential tech company ASEA Brown Boveri (ABB) announced yesterday its plans to construct the most advanced robotics factory the world has ever seen.

Planned for setup in the tech hub of Shanghai, the project is being supported by a sizeable backing investment of USD $150 million. This is being seen by many as one of the crucial steps in elevating the city to the status that rivals the tech giant of silicone valley.

The Scope of Work Takes Shape

Designed with the aim of becoming the gold standard in the future for robotics factories, ABB envisions the future site housing (1) collaborative robotics, (2) artificial intelligence (AI) research and (3) various digital technologies. The concept underlying the factory is increased collaboration and making the most of every meter of production.

This involves encouraging the onsite engineers, managers, and operators to conduct more real-time monitoring and assessment efforts, which will be enhanced by the company's Ability™ Connected Services. This is a coordinated system for spotting potential problems in the early stages, maximizing performance and dramatically reducing downtime.

Continuing to Build on a Long Relationship

This move, of course, would position the already influential Swiss company to play an even larger role both in China and on the world stage. Believing in China's potential to emerge as a global tech leader, the company reports that it has been active in the country for upwards of 100 years and since 1992 alone has invested roughly USD $2.4 billion USD.

All this indicates that the move by ABB is an evolution in a long history of cooperation, collaboration and development with China. The world is waiting for the dynamic creations and solutions which will emerge from this factory in the years to come. As ABB CEO Ulrich Spiesshofer explains, "China’s commitment to transform its manufacturing is a torchlight for the rest of the world.

Its strategic embrace of the latest technologies for artificial intelligence, advanced robotics and cloud-based computing present a playbook for every country that wishes to have a globally competitive manufacturing base.

A great day for ABB + China. New Shanghai #robotics factory will be world’s most technologically advanced. Serving China for 111 years, proud to be part of country’s continuing journey as global manufacturing powerhouse + build on 20+ years of ABB robotics in Shanghai. https://t.co/HpOnuH2Wdf

Shanghai has become a vital center for advanced technology leadership – for ABB and the world. We look forward to working with Shanghai Mayor Ying Yong, other community leaders and our customers as we launch this major expansion of ABB’s substantial presence in China, building on our journey to become China’s leading Robotics manufacturer that started in Shanghai over two decades ago.”