Vinyl records made a remarkable comeback over the past few years. Hipsters can often be seen scouring through market stalls looking for original vinyl classics. For some, vinyl never left, only temporarily took the spot in the attic. But if I had it ‘My Way,' I’d be sitting in front of a wood burning fire listening to hits by Frank Sinatra on a classic record player. One company wants to make that nostalgia portable with a new device. 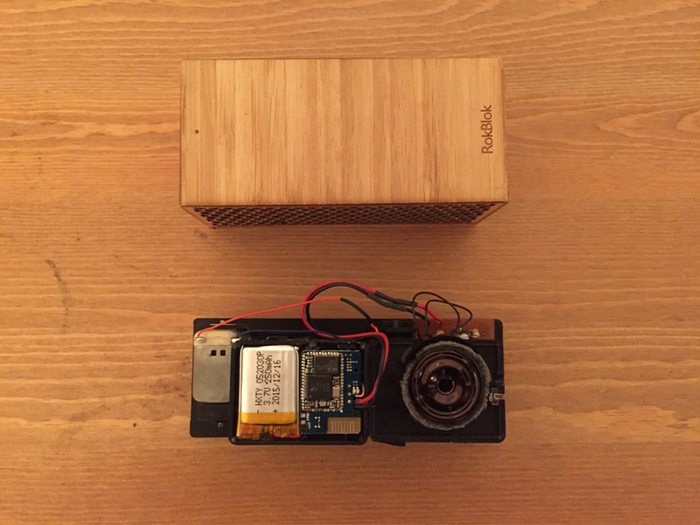 Introducing the RokBlok. A wireless portable record player that fits in the palm of your hand. The RokBlok lets you play vinyl records anywhere with its built-in speakers and rechargeable battery. This speaker block rides along the vinyl, using its grooves as a track. 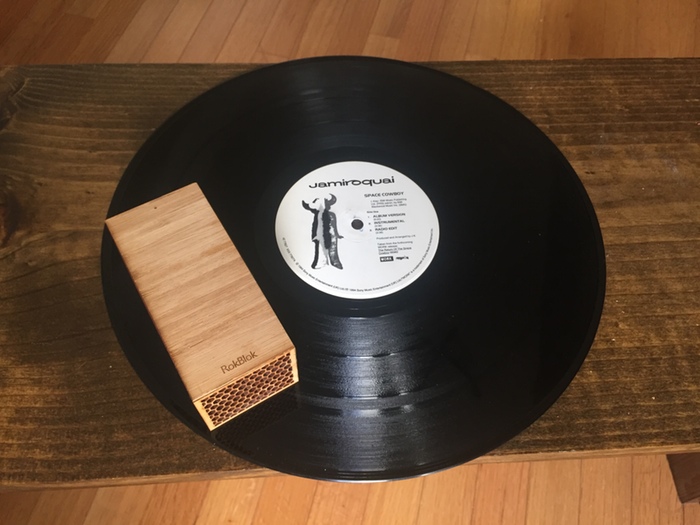 RokBlok takes the growing ubiquity of vinyl and makes it portable. Even new albums are converted onto vinyl nowadays. So why vinyl? It provides the listener with a nostalgic experience. But it's not only nostalgia that drives the popularity of vinyl. Enthusiasts believe the LP quality is far superior to digital formats and that instead of hearing the music, one can feel it.

However, there's a downside. The turntables aren't exactly portable and often come at a price. So unless you're willing to convert your vinyl to mp3’s for on the go jams and only use your records in the comfort of your own home, then vinyl may not be for you…until RokBlok.

Logan Riley and his team behind the idea at Pink Donut believe records reproduce audio in its purest form. Riley notes that the RokBlok is a new spin on an old idea. The Tamco Soundwagon or Stokyo Record Runner was the original ride along record player from the 1970's. RokBlok however, is the first of its kind to feature Bluetooth connectivity and 4 hours of music playback. 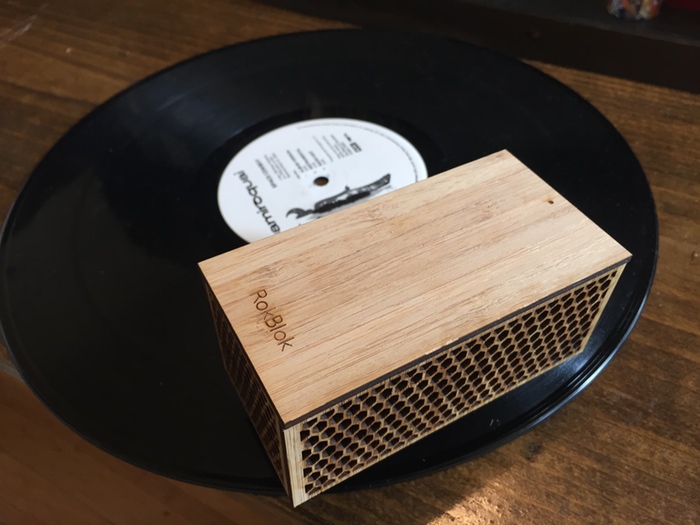 The bamboo block is 2 x 2 x 4.33 inches and weighs 3.2 ounces. It sells for $59 when backing this project as an early bird on its Kickstarter campaign. The unit aims to be in the consumer's hands by September 2017. And by that stage, we might see more than just hipsters at our local market stalls.