Rolls-Royce announced that it has set a new record for the world’s most powerful aerospace gearbox. The Power Gearbox will be part of the manufacturer's upcoming UltraFan engine.

With its Power Gearbox (PGB), Rolls-Royce set a new aerospace record this week for the most powerful aircraft engine gearbox. The Power Gearbox will be part of the manufacturer's upcoming UltraFan engine.

The design innovation which will also be used for flight purposes—possibly for Boeing—represents an exciting number of many new partnerships with the aerospace and flight sectors which may be generated in the next few years. To this end, the PGB is continuing to undergo a series of tests, including high power testing, Power Rig testing, as well as Attitude Rig testing, the last of which allows simulation of the gearbox being used under flight conditions. 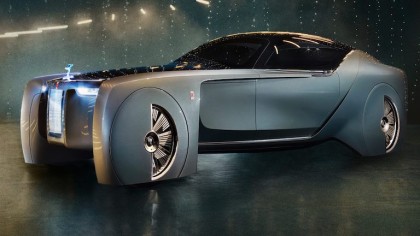 Now operating at 70,000 horsepower, the manufacturer envisions the gearbox reaching a projected 100,000 horsepower after more testing is completed. The design was developed at the testing rig in Dahlewitz, Germany. The PGB is a type of “planetary” gear box, a distinction which means that what you essentially have is one or more outer gears. Each of these gears rotates around a central sun gear which is spinning in place. In turn, this configuration allows for higher speed. Another benefit will be greater fuel efficiency.

Combining the old and the new

Normally it's sports cars that we associate with blazing trails in terms of speed, while luxury cars we associate with comfort, spaciousness, and a certain luxury design—in other words, mostly aesthetics. Leather interiors, an endless array of presets that make for a superior riding experience.

Last year, however, Rolls-Royce made a bold decision to change the direction of its car design with the Rolls-Royce Phantom. The opulence and unparalleled interior design elements are still the same. The car, however, is a subtle reworking of the classic design and addition of new features. CEO Torsten Müller-Ötvös explained the thinking behind the change: "Every one of our customers -- each a connoisseur of luxury in the extreme -- were asking for something more individual to them, not less…We were adamant that that was what they should have."

Perhaps other car companies should take a lesson from the luxury car company. Adapting to current industry trends while still maintaining the original vision is key to survival in the global economy. We are no longer living in an era in which the power of the name is the most essential element for the survival of a company. Perhaps one of the best examples of this in recent times was the sinking of Kodak, a company which had dominated the photographic products market for decades and was not able to adjust to the looming reality of digital photography that appeared around the end of the twentieth century.

Whether you attribute the recent failure of industry giants to arrogance, short-sightedness, or even missing important information from key business insiders, companies like Rolls-Royce is rolling out many surprises for its customers and staking its position in the automotive industry.