Rolls-Royce just unveiled a concept car, and it is one of the most spectacular, yet vastly unusual, concept automobiles that has ever been seen. The unveil took place as a 360˚ Youtube video that takes you through a virtual reality experience with the help of the virtual assistant named "Eleanor." The car resembles something straight out of Tron, and it is fully autonomous. Enter the 103EX, an ambitious design that Rolls-Royce wants you to make your grand entrance in. Check out the immersive video below, and don't forget that you can control the perspective in this 360˚ experience.

When you first get a glimpse of the car, you have to stop and wonder if Rolls-Royce is serious, because of just how different it looks. The goal of the new concept isn't to display one singular car, rather a vision of inspiring the driver to break down the boundaries of what they think a luxury car is, according to the Verge.

"Looking towards the next 100 years, each and every Rolls-Royce will be a unique work of art. Shape, size and silhouette – you will be able to craft your vision entirely from the wheels up." ~ Rolls-Royce

For another look at the car, watch the below video guided again by that mysterious AI voice, Eleanor.

These fully autonomous luxurious cars are what Rolls-Royce believes the visionaries of the future will be riding in. You have to admit, the 103EX concept does look like something straight out of a science fiction movie. The car looks massive, and it is. Stretching over 20 feet for a car that only holds 2 people on a fancy couch, whoever rides inside will make quite the entrance wherever they arrive, according to the Quartz. All-electric is the vision of the future of Rolls-Royce vehicles, along with a luggage storage compartment and interior design rivaling many foreign palaces. 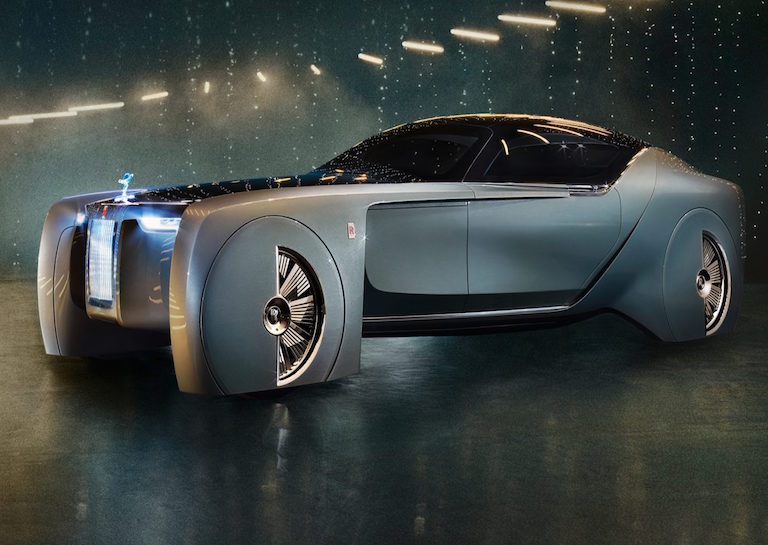 All of this futuristic technology is part of Rolls-Royce's parent company BMW's centennial celebration. The company also unveiled a transparent Mini Cooper concept which is equally as stunning as the Rolls-Royce 103EX. The future of luxury is going to look, well, futuristic.