Amid new Russian cryptocurrency legislation, a group of hackers gained unauthorized access to an old soviet facility to mine cryptocurrencies.

Compared to 2017, cryptocurrencies are in a very different place. If anything, 2017 was the year of the cryptocurrency. Digital tokens transitioned from being something that was for the computer literate to one of the most hyped investment vehicles that world has ever seen.

Though cryptocurrencies have seen their share of up and downs in 2018, the world seems that is it still trying to figure out what to do with cryptocurrencies and what role the digital tokens will play in the coming future. As the companies, individuals, and governments look to adopt cryptocurrencies integrate them into their daily lives, there has been a massive slowdown across the board for digital tokens favorites like bitcoin and ethereum. 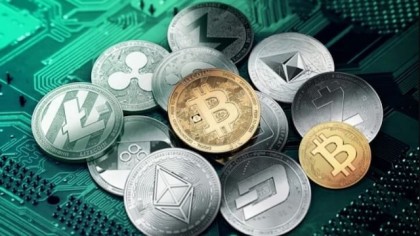 There is a lot of fear, uncertainty, criticism surrounding the cryptos. Governments are eager to regulate and even ban cryptocurrencies because of coins' potential threat to investors and banking institutions.

Russia is one of those countries. The Eastern superpower is looking to introduce some type of cryptocurrency legislation deeming the use of digital assets illegal. The announcement has sent ripples across the cryptocurrency community in Russia. The increasing scrutiny of the cryptocurrencies in Russia has made it more difficult for miners to operate unless they are officially operated by the state.

Anyone who is part of the cryptocurrency mining community will tell you the computing power needed to mine digital tokens goes beyond the power that any personal computer can produce. With the growing pressure from the government and rising need for mining supply Russian miners have been finding creative ways to retrieve cryptocurrencies.

Discovered this week, Russian officials found a group of miners using the countries Scientific Research Institute of Experimental Physics, the facility where the first Soviet nuclear weapon was produced, as a means to mine cryptocurrencies. The facility 400 kilometers from Moscow has some of the world's most powerful super-computers, making them perfect for the miners looking to get ahead in the cryptocurrency game.

As officials investigate the unauthorized use of the computers from the miners, this illegal use of equipment marks a  growing trend in Russian crypto community. Though there was a press release describing the illegal mining, there is not much known about what the full scope of the incident war or how many people were involved. Nevertheless, as new cryptocurrency legislation is put into place, more miners are sure to get more resourceful.

How do you go about mining cryptocurrencies?