A video released by the defense ministry showed multiple launches of a P-800 Onyx missile shooting towards a mock target.

The Northern Fleet of Russia test fired the anti-ship missile Onyx on Kotelny Island from the missile-defense system of Bastion. This is a possible sign from the Russian Navy that if their hand is forced, they can fight for what they believe in.

The Bastian launcher is fully equipped to carry two anti-ship missiles from Onyx that have the capability of engaging targets with a high-low trajectory up to 300 km or a low-low flight trajectory up to 120 km. The missiles have originally been designed to be deployed for ship targets, but they can be used against targets on the ground as well.

In the words of Yuri Borisov, the Russian Deputy Prime Minister, “These efforts have shown the whole world that Russia is something to be reckoned with. To put it mildly, the whole world underestimated Russian industry, Russian defense industry, and all our achievements, saying that everything is rusty, their rockets don’t fly. We have some very good beginnings, and to some extent, we are trend-setters.”

These missiles can travel at speeds of up to 2,700 km/h and can also carry conventional or nuclear warheads that can travel up to 300km, RT reported.

Video of the deployment of Onyx

The video of the deployment of the anti-ship missile Onyx was released on 26th September, and it has created much interest around the world. The video shows several test fires of Onyx Supersonic P-800 missiles launched from the defense complex of Russia’s Bastion Coast.

According to the Russian Ministry, these missile launches were a strategic part of the tactical drills practiced by the North Navy Fleet.

A spokesperson from the North Navy Fleet also shared with Interfax that these missiles had been specially delivered to the Bastian coast for the tactical drills. In his words, “Rocket fire will be launched at a remote target simulating a group of enemy surface ships.” 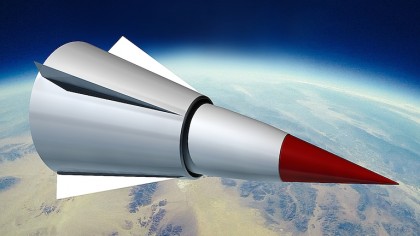 This journey is apparently a test run that will help the Russian Navy understand its potential in the shipping route of the Arctic waters.

Konstantin Sivkov, a specialist of the Russian Military Affairs also shared in this effect, “This was the first time the Bastion complex, equipped with Onyx missiles, has been used against targets on the ground. I assume that it was fired not so much in order to destroy some impotent enemy position but to check, under combat conditions, the possibility of using this weapon for land attack.”

This new development in the Russian Navy is sure to turn some heads and make other countries rethink their war strategies. As shared in an insightful statement by one of the users on the video published on Reddit, “This is why the US is developing directed energy anti-missile defense systems.”