Fidget spinners, the global craze that has swept the world in the last year is now under scrutiny by the Russian government. The Putin administration suspects the addictive toy is a form of hypnosis that is promoting messages from the political opposition.

The claims were made on the popular television show, Virus, shown on the State owned channel, Rossiya 24.

The show allegedly called the popular gadget, an “instrument for zombifying” and a “form of hypnosis”. The show's reporter questioned what could have caused the massive craze asking, “Who is promoting this to the masses so actively?”. The same reporter went on to suggest that the sale of fidget spinners were assisting in fundraising for the Russian opposition party.

A weapon to promote western values

A reporter from the show bought a toy from a Moscow toy shop in an attempt to understand what all the fuss was about. He was apparently shocked to find the instructions for the toy were in English. This prompted, Ruslan Ostashko, the editor in chief of the Putin-supporting news outlet PolitRussia, who was a guest on the show to conclude the toy was a weapon being used against children to promote western values. He was quoted as saying, “Those who understand political technologies, they understand very clearly that this simple thing is controlling the masses”. 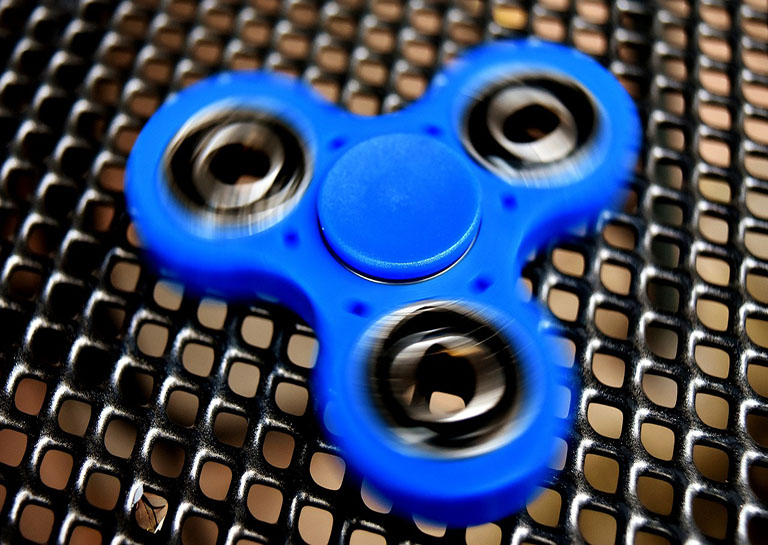 The controversial claims obviously carried some weight. The Russian consumer protection agency, Rospotrebnadzor, has now indicated they will launch an investigation into the toys. The agency stated, “There has been an aggressive promotion of so-called fidget spinners among children and teenagers in Russia recently. Taking into consideration the anxiety among the community of parents and teachers, Rospotrebnadzor, in cooperation with child health research institutions, will study the effect spinners are having on children, including the possible negative impact.”

The device has even been associated with promoting anti-corruption crusader Alexey Navalny after protesters sold the toys at recent global anti-corruption protests. The toys were for sale under the banner “spinner from Navalny”. The lawyer and political prisoner played up to the ludicrous claims, posting a video of himself playing with a fidget spinner as he awaited the verdict from one of his recent trials. He commented that the consumer protection response was akin to “a gang of freeloaders sitting on our necks”

Fidget spinners are popular in almost every country around the world but they haven’t been without controversy. Numerous schools around the world have banned the toys saying they are a distraction to children in class. Advocates for the toys suggest they can help concentration and even reduce the symptoms of conditions like Attention Deficit Hyperactivity Disorder (ADHD).

In Germany 35 tons of fidget spinners were confiscated by authorities for potentially being unsafe. A spokesperson for the customs authority said their place of origin was unknown and without standards on their quality, the spinners could pose a threat to young children who could swallow the small parts.

How cryptocurrencies could help Russia vitiate the U.S. sanctions