Russian Airbase in Syria Attacked by Swarm of Homemade Drones

A Russian airbase in Syria was assaulted by a swarm of drones equipped with explosives. The DIY drones were very low-tech and were easily neutralized by ground-to-air defenses.

By  Jordan MacAvoy
Jan 12, 2018
Ministry of Defence of the Russian Federation/Facebook

The Russian Defense Ministry has confirmed that a fleet of Unmanned Aerial Vehicles attacked a Russian airbase in Syria on January 5th. The UAVs have been identified as crudely constructed, homemade drones with explosives places under the wings.  The statement by the Ministry of Defense of the Russian Federation released on Facebook declared that the UAVs were made with easy to obtain parts available on the market, and used automated programming to fly directly to very specific locations. The crafts were also fitted with radioelectric equipment that protected them from interference by defense equipment.

Seven of the 13 drones were neutralized by ground-to-air defense systems while the rest landed mostly harmlessly on the ground before exploding. Another strike on the airbase was carried out six days earlier, where suspicions have risen that the attacks may have been carried out by UAVs like these ones. While ground-to-air defenses were able to take out this swarm of unmanned drones, the fact of the matter is that this is uncharted territory in warfare.

This marks a new dystopian horror for drone strikes in modern warfare. UAVs have been used in combat for decades, but drone strikes are an extremely sophisticated and high tech combat solution that is usually executed by highly complex, multi-million dollar crafts. Even when low tech drones have been used against military operations, they have historically been remote controlled devices with a range of no more than 2km; these vehicles are reported to have come from up to 50km from the Russian airbase. This, then, is the first indication that swarms of UAVs could be used to take military action from unknown locations by unknown combatants.

As the statement released by the Russian military states, "Such lethal devices require special expertise, practical skills and operating experience in the sphere." 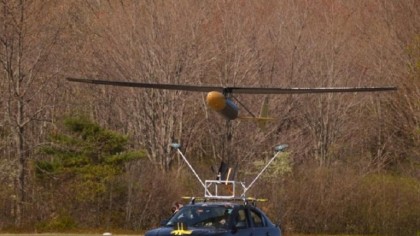 Unmanned combat aerial vehicles have been in use by the US for over a decade and have brought in extreme criticism due to their inhumane and imprecise methods. The type of drone swarm that attacked the Russian airbase this week could be used by US forces in the near future to gain an edge in combat. The combat-readiness of this kind of war-horror will bring the ethics of UAV and autonomous flying vehicles into the forefront of international conversation. While these crafts are great at minimizing casualties on the side that uses them, robots tend to be somewhat undiscerning when choosing targets, and are therefore liable to cause significant collateral damage.

But, an alternate future of warfare is also plausible given the appearance of new technology: wars entirely conducted between unmanned vehicles. As technology continues to improve, defensive systems that do not require human bodies to be on the front lines will slowly replace old, dangerous technology. As both sides gain access to unmanned vehicles armed with explosives, fighting can begin to happen entirely between robots. However, we're still many years away from a war with no human casualties, and these advances will probably increase casualties for a while longer.

Via: Futurism, FOX, Washington Post, Ministry of Defence of the Russian Federation