Yuri Milner has announced he is investigating how to launch a mission to explore Saturn's moon Enceladus.

Russian billionaire Yuri Milner is considering funding a mission to explore Saturn's moon Enceladus. The space-obsessed entrepreneur and venture capitalist is already backing other space exploration projects like Breakthrough Starshot, the ambitious plan to send a probe to Proxima Centauri and the exciting Breakthrough Listen project which is set up to look for signals from intelligent life in space. Milner floated his latest space adventure idea earlier this month at The Economist's New Space Age conference in Seattle. His proposed outline is to send a privately funded spacecraft to Enceladus and look for life. Milner claims that he has been in contact with experts who are investigating the mission's plausibility. “Can we design a low-cost, privately funded mission to Enceladus which can be launched relatively soon, and that can look more thoroughly at those plumes, to try to see what’s going on there?” he said.

The mission isn’t totally absurd, there is good evidence, provided by the Cassini Mission, that the moon Enceladus has an ocean under its ice-covered surface. Hydrothermal vents on the moon surface expel water vapor and ice particles that contain organic compounds, volatile gases, carbon dioxide, carbon monoxide, salt, and silica. The material shoots out of the moon's surface at about 400 meters per second. This venting material forms a plume that extends hundreds of miles into space. Some of the escaping material eventually falls back onto Enceladus while some escapes to form Saturn’s vast E ring. The presence of organic compounds in the vapor means life on the moon may be possible.

Nasa does have plans to further explore Enceladus but due to funding and governmental bureaucracy, such a mission wouldn’t be ready to be deployed in the next decade. Milner is impatient to act much more quickly. 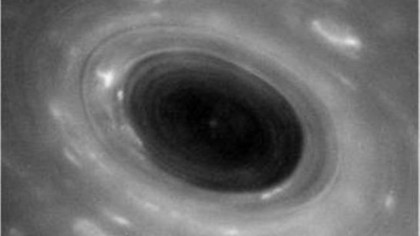 "There are different ideas floating around on how do we send a mission to Enceladus to basically do a more thorough investigation of the plume, to see if maybe there are some amino acids there, or something of that nature, that would be sort of a smoking gun for life below the ice," he said. "How can we, for the first time ever, design and send and launch a privately funded interplanetary science mission? So that's what we are thinking about." Milner’s ideas are obviously at the very beginning of their incubation but he certainly has the wealth, motivation and influence to get a mission organized well before NASA’s possible Enceladus Life Finder (ELF) project. Most of the current knowledge of Saturn and its moons came from the now decommissioned Cassini Space probe that operated for a decade until September this year. The Cassini was deliberately sent on a death mission into the atmosphere of Saturn on September 15 this year. The spacecraft was running out of fuel and scientist feared it could crash into one of Saturn's potentially habitable moons if left to its own devices.