If you are a lover of video games, then you are going to love the real life version of the city scanner drone from Half-Life 2 created by a Russian enthusiast. The drone is fully operational, lights in all, and it is a stunningly accurate remake of the video game robot. The video below depicts the drone flying throughout an abandoned building, and it looks like something straight out of a sci-fi movie.

Valentin Demchenko created the drone in his house 'from scratch', according to RT. It apparently took him 2 months to create the drone out of a quadcopter, and that time he spent on it sure comes out in the details.

The model is 80 cm long by 55 cm high, making it an exact replica of the drone in Half-Life 2. The city scanner drone was used to spy on citizens in the game, and while that may sound a little absurd, the technology is already here. 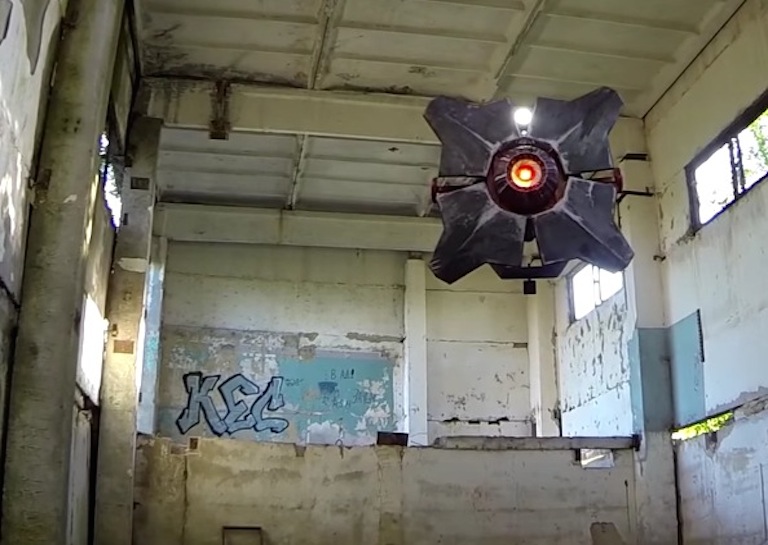 Half-Life 3 has yet to be announced, but video game lovers everywhere are watching on in excitement over this video game drone brought to life. What drone or robot would you like to see created from your favorite video game?

SEE ALSO: AI Powered Drone Will Follow You Around and Take Selfies