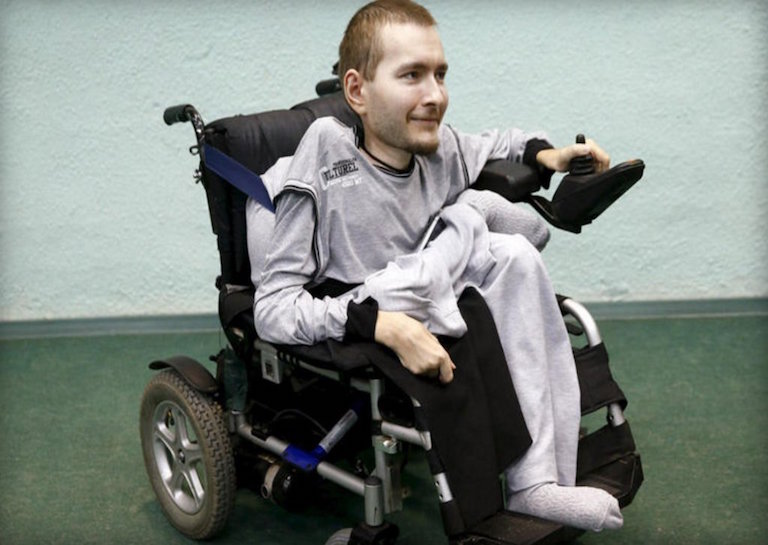 The world's first complete head transplant is taking place next year in order to save the life of a Russian programmer.

Named Valery Spiridonov, he suffers from Werdnig-Hoffman disease, which is a rare genetic disorder that causes his muscles to degenerate. An Italian neuroscientist has agreed to head up the ground-breaking surgery, although others are unsure of the possibility fo success.

Currently. Spiridonov can only move around in a motorized wheelchair with a joystick, type on a keyboard, and feed himself. This surgery could give him a new lease on life.

The Atlantic reports that there have already been successful head transplants on animals, but the correlation between animals and humans doesn't necessarily prove the possibility of success. The procedure will be costly, between 10 and 100 million dollars, requiring a team of 80 surgeons. For now, the world will be waiting to see what comes about from this amazing medical advancement.

For now, the world will be waiting to see what comes about from this amazing medical advancement.

SEE ALSO: Man Lives Without a Heart for Over a Year Before Transplant