The forefront of Russian military technology looks a lot like the Terminator movies, with future soldiers being replaced by humanoid machines. Replacing humans with robots in warfare isn't a new idea, but this is the first time the principle has actually been employed to design warfighting robots. Russian military officials believe that the human warfighter's days are numbered, and robotics will soon take over the field, according to Russia Today.

The above video was released detailing what the robot, named Ivan, is capable of. A modification of the current design was already presented to President Putin riding an ATV and autonomously navigating around obstacles. The USA is currently developing many robotic devices for warfare, but they are largely systems departing from the human form. Ending human casualties in warfare is ultimately the goal in developing robotic warfighters, but the question then shifts to what ware will be without human casualties. 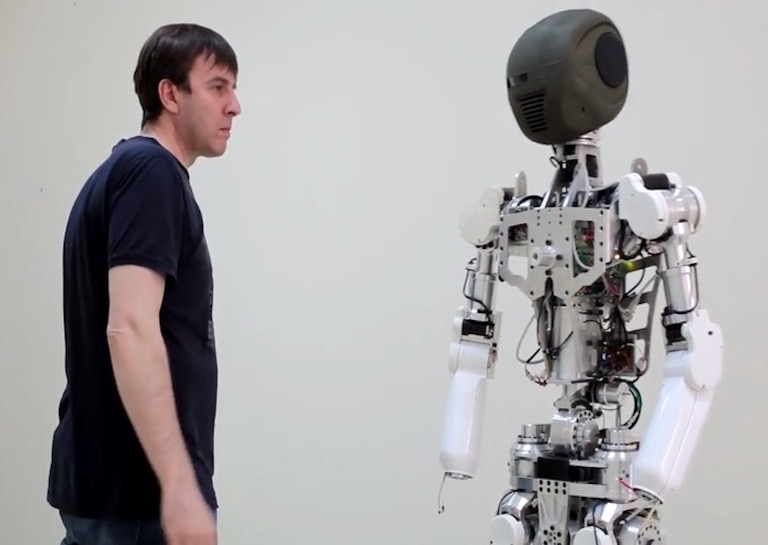 As you could tell from the video, the humanoid robot was rather stable when assaulted, as mild as it was. Officials inside the Russian military report that Ivan will be able to traverse rough terrain and perform effectively in battlefield situations. For now, though, wars will still be fought mostly by humans with the help of some robotic systems. While Ivan gives us insight into the future of the industry, he is far from an implementable prototype that would be able to stand up to the intense field of war.