A significantly notable space mission will be launched the Russian Soyuz-2.1a rocket today, July 14th, 2017, at 09:36 am Moscow time. The Kanopus-V-IK mission will be launched for the state-run Russian space corporation, Roscosmos, from the Baikonur Cosmodrome in Kazakhstan to largely monitor the Earth's surface. The mission is of great importance as it will also deploy 72 secondary payloads into three different orbits. You can access the live broadcast of the mission HERE.

The Soyuz-2.1a and Fregat launch

For this mission, the Kanopus-V-IK satellite, and its other accompanying spacecraft will be launched by the Soyuz-2.1a rocket and the Fregat upper stage will deliver the satellites into a near-polar orbit. The mission is scheduled to launch from the Baikonur Cosmodrome in Kazakhstan beginning with a powered ascent of the Soyuz-2.1a's three booster stages. The Fregat upper stage will then carry out a total of seven engine fires to deploy the satellites into three different orbits. It will take more than 8.5 hours for the Fregat upper stage to complete all its deployment mission before it positions itself on a reentry path back to the Earth's atmosphere and plunge destructively down to the Indian Ocean. 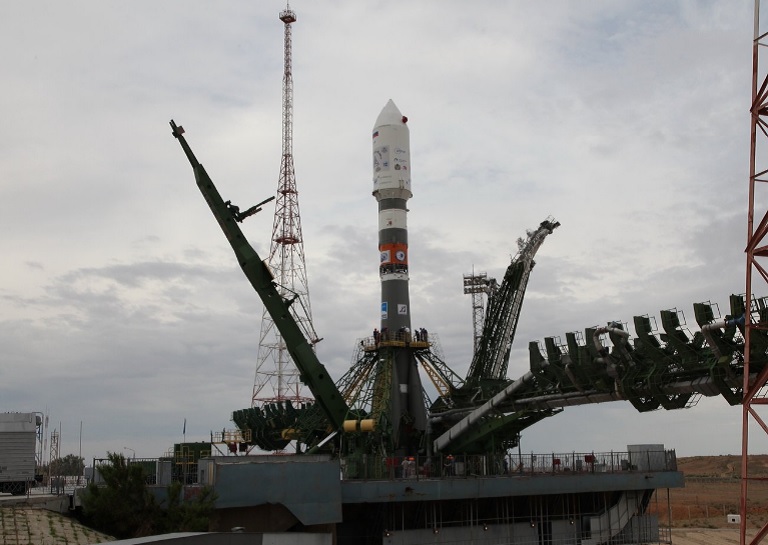 One of the prevalent Russian environmental troubles is the issue of controlling forest fires across the vast area of the Russian territory. The Kanopus-V-IK is a Russian satellite aimed to detect and monitor fires from space and is the very first Russian spacecraft of its kind to be deployed. Other natural calamities and man-made disasters such as extreme flooding and oil spills will also be monitored by the satellite. Agricultural projects, land usage, observation of shorelines and water condition could also be led and supported by the satellite. In order to conduct its mission, the Kanopus-V-IK is equipped with a panchromatic imaging system, a multi-spectral imaging system, and a multi-channel radiometer equipment that operates using a medium and far-infrared range of spectrum. According to the Russian Space Web, the satellite's technology is capable of detecting fires as small as 25 square meters all the way from space. The satellite's name stands for Kanopus-Vulkan-Infra-Krasny or Canopus-Vulcan-Infrared in English translation.

The Russian mission is significantly notable as the Soyuz rocket will also carry 72 secondary payloads on top of the Kanopus-V-IK. Even if India holds the record for deploying 104 satellites in a single launch, this Russian launch is still of great importance especially for the history of Soyuz family of rockets. Once operational, the satellite is expected to deliver data to Roscosmos, the Russian Ministry of Emergency Situations, the Russian Ministry of Natural Resources, the Russian meteorology and hydrology agency (Rosgidromet), the Russian Academy of Sciences, and other institutions. 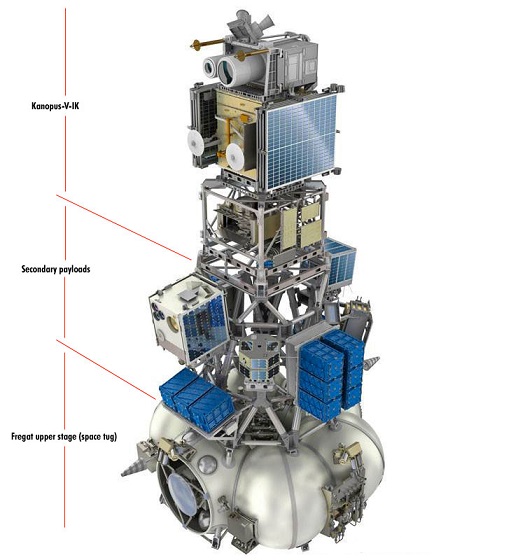 Although the launch of the Kanopus-V-IK mission was postponed multiple times since October 2016, this latest launch schedule today, July 14th, 2017, is expected to take place. The delays were required to "optimize the overall flight manifest" of the mission.