Russia's Progress 70 cargo ship launched from the Baikonur Cosmodrome took less than 4 hours to reach to the International Space Station.

The Russian robotic Progress 70 freighter which was an unpiloted cargo resupply ship made history yesterday by arriving at the International Space Station (ISS) in a record time of fewer than four hours. It broke all previous records where such space flights usually took at least a journey of two days.

This journey of the Russian spacecraft that was loaded with fuel and at least three tons of food in addition to other supplies for the Expedition 56 crew was docked at ISS at 9:31 p.m. EDT.

It merely completed two orbits of the earth before arriving at its destination. It was launched at 5:51 p.m. EDT from the Baikonur Cosmodrome that is situated in Kazakhstan.

The spacecraft was recorded to sail high above the Tasman Sea between New Zealand and Australia. It arrived 8 minutes earlier than the expected time of arrival. According to the statement released by NASA, “The less-than-four-hour trip will demonstrate an expedited capability that may be used on future Russian cargo and crew launches.”

ARRIVAL! Traveling about 250 miles over the Tasman Sea between Australia and New Zealand, the unpiloted Russian Progress 70 cargo ship docked to the @Space_Station at 9:31pm ET.  Watch: https://t.co/mzKW5uDsTi pic.twitter.com/HfB51po4cM

It is no secret that Russian spacecraft are comparatively faster than the others that have traveled to the ISS. Talking about Soyuz spacecraft, their journey from Earth to the space station ferrying cosmonauts and astronauts was recorded under six hours.

This journey was successfully made after several triumphant tests that were made by the unmanned spacecraft of Progress freighters.

Russia's Progress 70 cargo craft docked to the station at 9:31pm ET today as both spacecraft orbited over Australia and New Zealand. https://t.co/9efdOh6fUZ pic.twitter.com/nUTkr6FoCU

This news is quite a revolutionary record breaker since most spacecraft of this caliber would normally take 2-3 days to make this journey to the ISS. Another spacecraft from SpaceX called the Dragon Capsule was launched on the 29th of last month, and it did not even make it to the space station until sometime on July 2.

This attempt by Roscosmos, which is a Russian space agency, was the third time it embarked on this journey, following merely two of the Earth’s orbits. The first two attempts happened in October 2017 and February 2018 in which there were several launch delays. This delay demanded that the Russians revert to one of the older trajectories that usually call for a period of two days and 34 orbits. 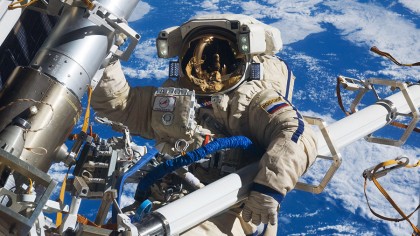 This new record gives a lot of hope to space agencies and astronauts who think that one day they might be able to make routine trips to the International Space Station in a matter of a few hours. It is also hoped that a day will come when cosmonauts and astronauts will not have to endure the typical cramped conditions in order to arrive at the only orbital laboratory in the world.

This will also help in making these space missions infinitely more responsive and effectual. Who knows, in the future, people could eventually even be seen leaving the planet after breakfast and arriving at the ISS just in time for lunch.