Fans of science fiction and computer games have long accepted power armor as a "given". Russia has recently unveiled plans to combine a powered exoskeleton with ballistic protection and HUD helmets. Currently, it is just a concept of the state-owned Central Research Institute for Precision Machine Building. These chaps hope to get them to full production within a few short years. 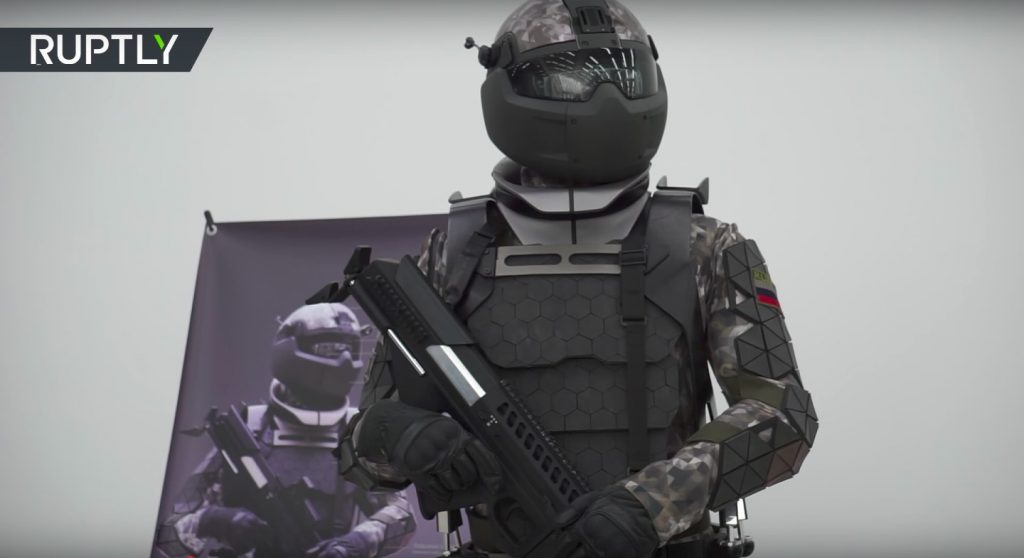 Whether you are a fan of Fallout or are enamored with the dystopian future of the Warhammer 40K Universe, this news will both excite you and fill you with dread in the same breath. Whether it's hype or not only the future will tell. 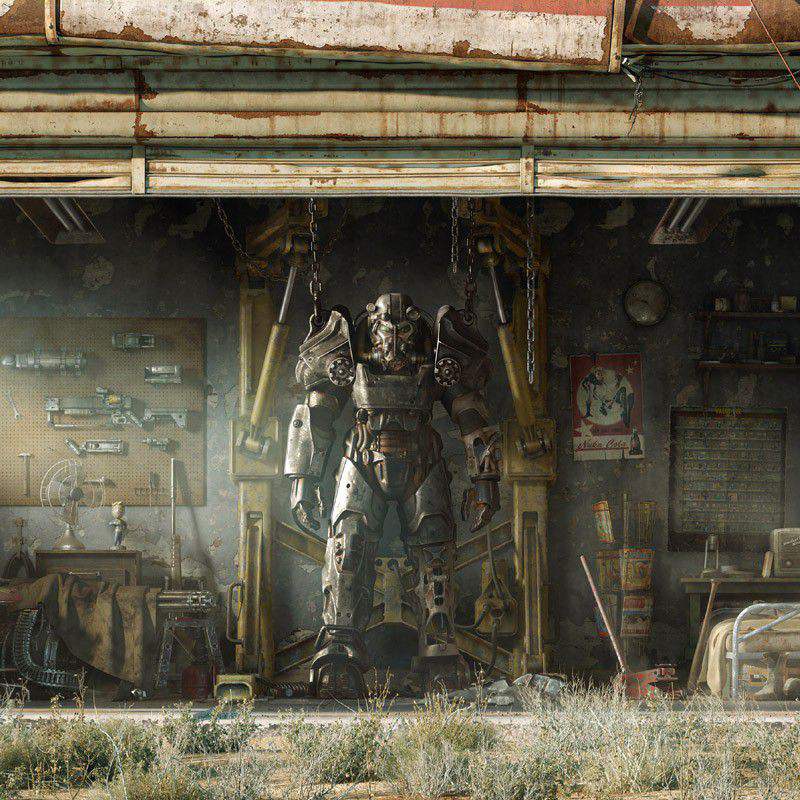 Indulge us here for a moment. For those who spend their time more constructively, it might be worth understanding why this could be very exciting for some. Many sci-fi universes have similar concepts to those proposed by the Russians, amongst others. The current suit resembles the, now widely recognized, designs of fantasy armor. The basic concept of melding exoskeleton robotic suits with armor has been around for many decades. Just imagine the potential of seeing "real-world" examples of Space Marine Power Armor, awesome or scary, we'll let you decide. Few could deny that the Russian concept resembles that of the armor scene in the Halo series.

Power Armor is also very prevalent in the Fallout series of games. Of course, there are many, many more examples but these are some of the more commonly known ones. Proposed American alternative designs will seem to most, heavily influenced by the Iron Man comics and films. Aesthetics aside, the very idea of "real-life" armor of this kind is pretty significant.

Anyway, with that out of the way, let's get back to reality. 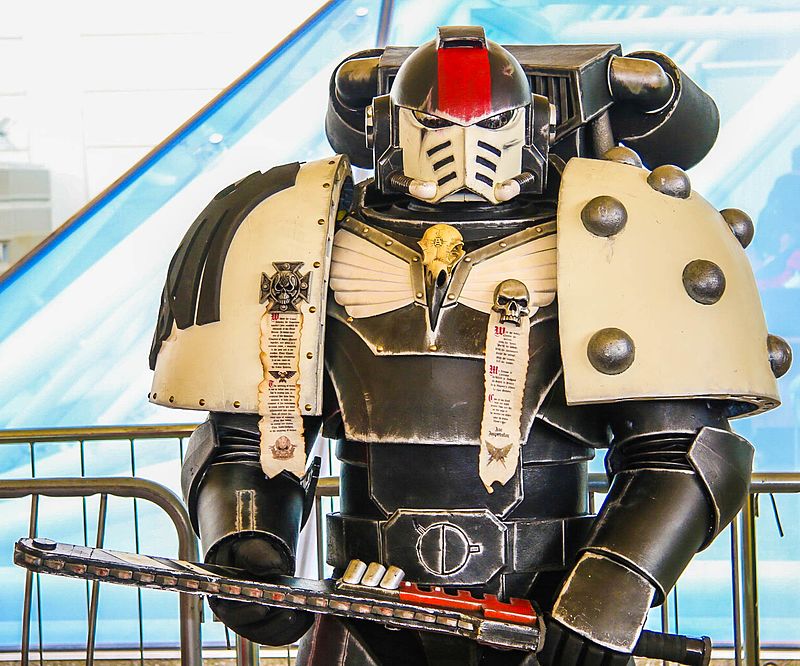 Ok, we've let our passions get the better of us. Back to reality, we are a long way off these examples. Russia's proposal is to a have a built-in exoskeleton with armor plating. They've produced a mock-up of the final suit but have made no mention of the details regarding the heads-up display. The Ratnik-3 suit will greatly increase the soldiers' "strength" by allowing them to carry heavy loads. This will also greatly increase the soldiers' stamina on the battlefield. Cladding the suits in armor will obviously provide superb ballistic protection from firearms and explosives.

Russia proposes to equip almost every Russian serviceman with state-of-the-art Ratnik armor by 2020. In January of 2017, Alexander Romanyuta, head of the Russian Land Force's Military-Scientific Committee stated that "almost every serviceman in the ground forces will be provided with Ratnik kits". The recently hyped Ratnik-3 armor has been "confirmed " as being under way.

The current proposal comprises of 40 different components. These include firearms, armor, optical arrays, comms and navigation devices. Not to mention life support and independent power supplies.

Existing  Ratnik-2 outfits already significantly improve soldier combat efficiency, survivability and weigh half as much as the Ratnik-1. But these have been mere improvements on existing combat armor. What makes Ratnik-3 a potential game changer is the integration of biomechanical tools, exoskeletal additions and built-in microclimate support and health monitoring systems.

Scared yet? You should be. The future is closer than you think. Or is it? 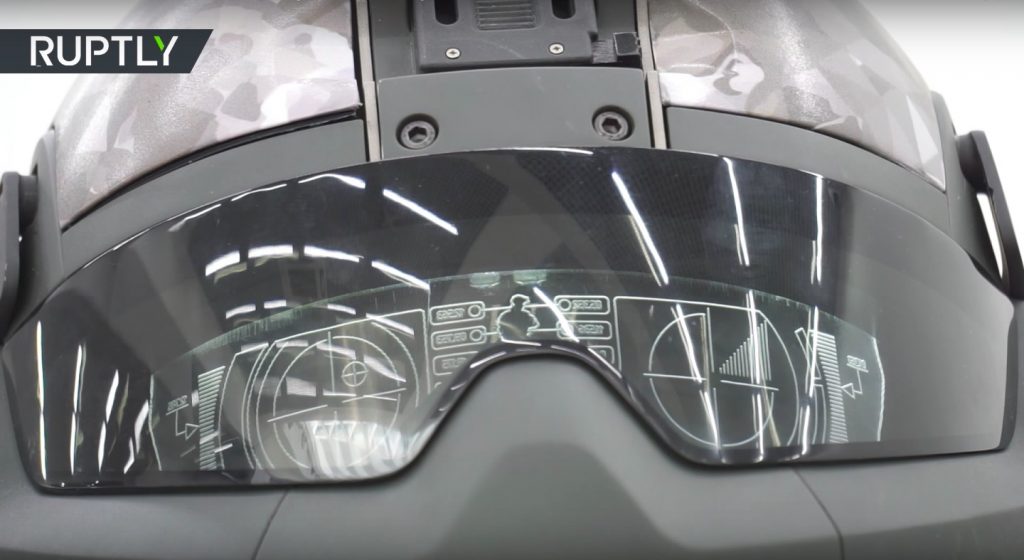 Is it all hype?

Well, maybe. Given the current geopolitical climate, this could simply be a propaganda exercise by the Russian State. But perhaps not. Existing Ratnik 1 and 2 combat systems have been designed to improve the connectivity and combat effectiveness of combat personnel. Existing improvements on conventional gear includes modernized body armor, helmets with special eye monitors and improved comms. Visual aids for soldiers include thermal, night vision and flashlights, for example. These "suits" are already in use by Russian forces.

Existing suits protect around 90% of the wielder's body. Existing Ratnik armor consists of GOST R 50744-95 Level V rated vests. These weigh in at around 7.5 kg, assault variants double that. This armor can protect the combatant from 39mm assault rifle rounds as well as 54mm sniper rounds and have shown survivability against repeated shots from various calibers at close range.

Some sources state that the Russian Military wishes to produce around 50,000 sets of these suits annually. Apparently, 120,000 Ratnik sets have already been delivered, as of November 2016. Estimates believe that around 70% of Russian troops will be equipped with armor from the Ratnik program by 2020. Whether this will include the proposed Ratnik-3 is anyone's guess.

Many other countries are likely toying with this concept. The U.S., for instance, is heavily investing in their own equivalent of the Ratnik-3. TALOS or Tactical Assault Light Operator Suit, prototypes are expected to be delivered as early as 2018. They have been in development for the last 4 years. The plan, apparently, is to revolutionize the performance of a dismounted operator by developing an armored skeleton.

Again, we stress, that we shouldn't get too excited. This could all be posturing by the world's major powers. Most concepts are leaps and bounds away from the "promised land" of the previously mentioned sci-fi examples. In fact, the technical hurdles to overcome are huge. We can expect to see partial power armor at first. It is simply not possible at present to provide fully armored suits. These would seriously restrict combatant mobility. We haven't even touched on the power plants needed. Still, it's pretty "exciting" news for those who like advancements in military technology.

There you go. What do you think? Is it all propaganda? Can you see this becoming the mainstay of the armies of the future? Should we concentrate on automatons instead? Let's start a conversation.