The Russian Spektr-R radio telescope has stopped responding to commands this past week.

Things dont' seem to be going too well for the Russian astronomy team, over this past week. Earlier in the week, Russia’s only orbiting space radio telescope, Spektr-R or RadioAstron stopped responding to commands from the team managing the telescope.

Has it gone rogue and decided to venture off into space on its own? Who knows?

Though the Spektr-R radio telescope cannot currently be controlled at the moment, the Astro Space Centre chief Nikolai Kardashev has indicated that the telescope is still transmitting scientific data. This telescope has caused a lot of trouble in its past, before its launch.

The Spektr-R communicates with ground-based radio telescopes using its 33-foot radio antenna. Though the Spektr-R team has been hard at work trying to re-establish a connection with the telescope they have had no luck at all.

Nevertheless, the connection could simply be an issue with the age of the telescope as Spektr-R has far exceeded the telescopes original five-year lifespan.

Researchers were hoping to keep the satellite operational to at least 2018 to continue its research. The research team uses the telescope to study the inner region active galaxy nuclei and magnetic fields, monitoring of the brightest quasars, research of water-vapor clouds in space, pulsars and interstellar matter, gravitational experimentation, etc.

However, there is still hope for Spektr-R and a potential way to still restore the functionality to the telescope. The Russian team is currently working hard to remove any existing problems. 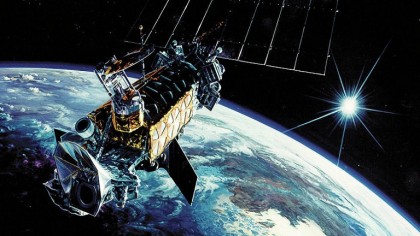 “Specialists of the Main Operational Group of Spacecraft Control are carrying out work to remove the existing problems... Beginning with January 10, 2019, problems emerged in the operation of the service systems that currently make it impossible to tackle a targeted task,” says the Russian agency.

Maybe the Spektr-R decided it was time to retire and simply enjoy the serenity of space.