The country of Rwanda is still recovering from a genocide a little over 20 years ago, and now engineers are bringing sustainable jobs and energy to the country. Lake Kivu, a lake on the border of the African country, contains a resource below its depths seen nowhere else in the world, billions of cubic meters of methane and carbon dioxide. These gas pockets were created by nearby volcanic activity, according to Jonathan W. Rose from MIT Review. The methane pockets have been known about for many years, yet until now, no extraction techniques have been perfected. U.S. energy company Contour Global inaugurated the lake's first gas collection barge, Kivuwatt, at a cost of US$200 million.

This barge will suck up water from the depths and convert out the dissolved methane. Collected gasses will be pumped to an onshore power plant, which will use the gas to generate increase current production. The plant generates 26 MW as is, but after the expansion of methane collection to include 3 barges, the production will become 100 MW. 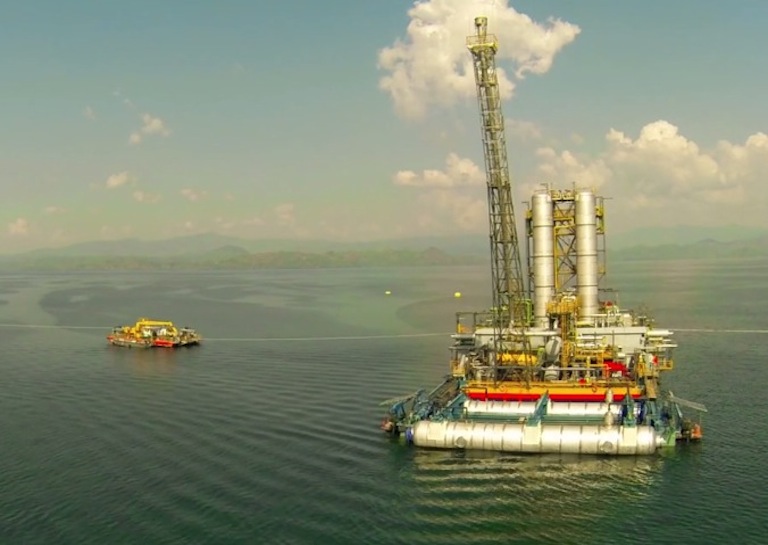 Rwanda currently does not produce anywhere near the amount of energy that these methane collection barges could bring to the country. Reserves under the lake are expected to last sustainably for the next 50 years. The implementation of these barges isn't only meant to harvest energy, but rather they are needed to avert possible disaster. Methane levels in the lake have been moving towards saturation in recent years, which could mean bad things in the event of seismic or volcanic activity. When the water becomes saturated with methane, it is possible for the methane to be released all at once, which could potentially suffocate entire towns nearby. These barges are not only bringing sustainable jobs to the country but also helping to protect their communities.

SEE ALSO: The Mystery of the Bermuda Triangle has Finally Been Solved