Gas torches normally use acetylene, propane or other highly-flammable gas which is potentially dangerous while brazing. SafeFlame is a project funded by the European Union which strongly reduces the probability of gas ignition. 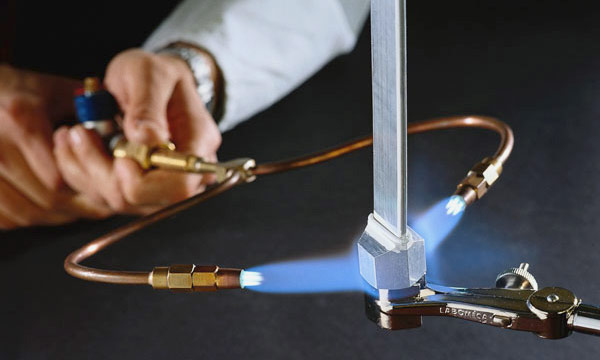 The device is based on water electrolyses. This is a process where water is separated on its compartments (hydrogen and oxygen) by applying strong electric current to it. Both gases are then forwarded to nozzles where the ignition initiates the process of brazing.
According to the official website, this technology has 3 main advantages compared to the ordinary gas torch. At first, both gases are generated separately and their mixture is controlled. So, different amounts of oxygen and hydrogen provide different properties to the flame. Second, simple adjustment of the electrolyzing section could regulate the heat flux and the size of the flame. And finally, this system excludes the necessity of storing gases in bottles because it is charged by water. 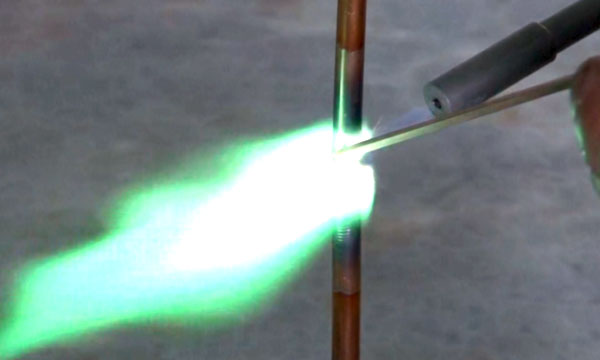 Development of such device was inspired by lots of accidents that occur in European Union each year because of bottled welding gases. When a cylindrical gas bottle explodes it is defragmented to pieces and may fly up to 200 meters like a rocket. So you have fire and explosion, and in addition to that – shrapnel could destroy a lot of objects inside the facility the bottle used to be.