Samsung Galaxy Note7 to be Banned on Aircraft?

A new statement released by the FAA is putting into question whether or not the Samsung Galaxy Note 7 should be allotted onto aircraft due to their increased tendency to explode.

In light of Samsung's recent statement issuing a warning and a total recall in regards to a faulty battery cell within their Note7, the FAA is urging people to refrain from boarding aircraft with the faulty device. As of now, 35 incidents have been reported, causing great concern to the aviation industry as a fire could cause catastrophe. Samsung has stopped all Note7 sales and is voluntarily replacing current models with alternate devices. 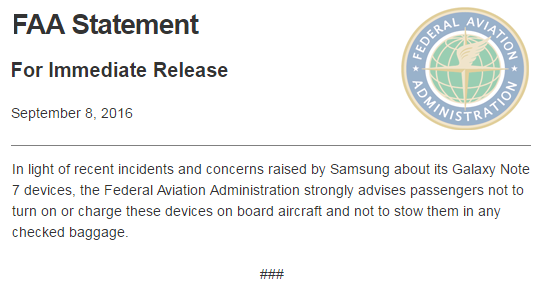 One of the most attractive selling features about a phone is their battery longevity. Charging can be a nuisance, as a result, people want longer lasting batteries. With that comes more energy in more confined areas as cellphones become increasingly slimmer.

The influx in confined power can become a potential hazard, however, many safety precautions are in place to protect the lithium battery from reacting violently. On most modern devices, including the Note7, this includes multiple fail safes starting with the charger port. The charger ensures the correct voltage is distributed to the battery. Next, the charging port is designed in such a way to protect the phone from faulty chargers and electrical flow that is not rated for the device. As a last resort, the battery similarly contains a built in fail safe as well. On the top of the battery remains a circuit board that regulates the flow of the electricity and the operating temperature of the lithium within. The board also ensures the phone does not overcharge, as well as contains a thermal fuse which triggers and cuts the flow in the event the battery reaches critical temperatures. Collaboratively, the fail-safes ensure the battery does note rapidly destruct itself.

So what went wrong on the Note7? 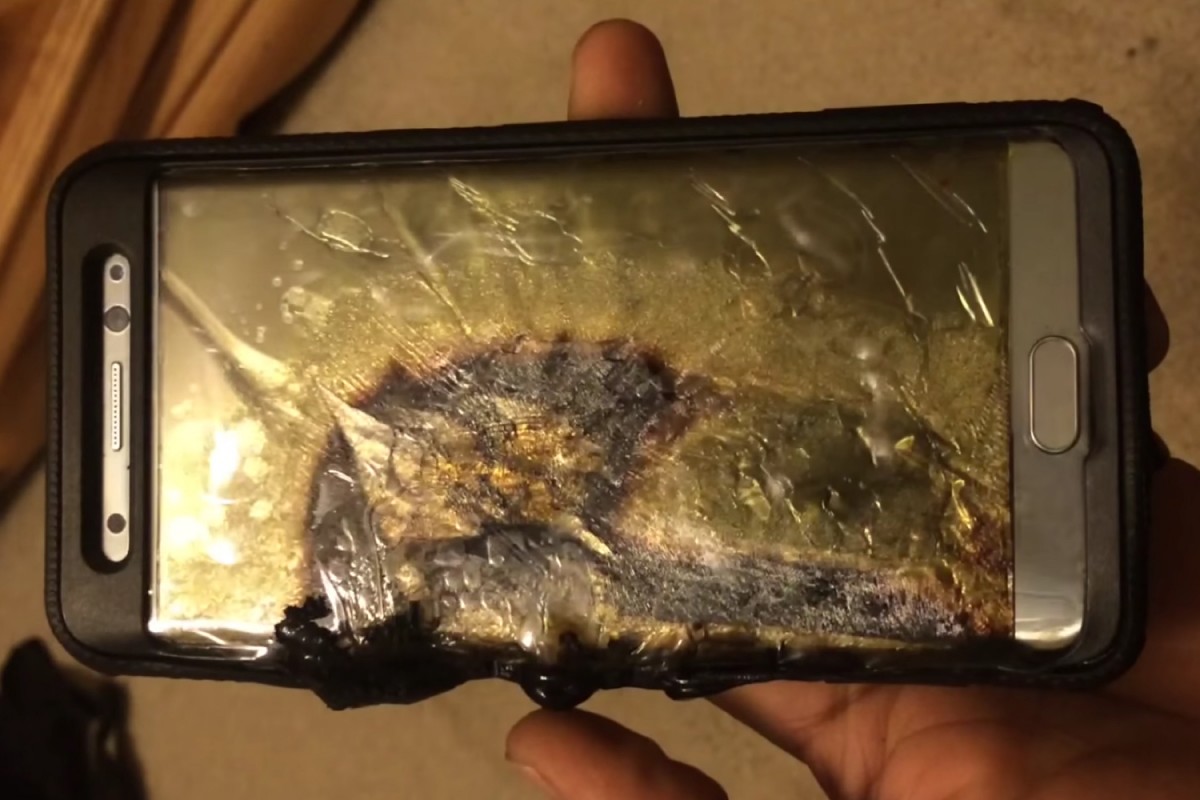 While the Note7 features all of these safety mechanisms, upon analyzing the area of the burns across the phones, it became apparent that it is the battery itself that was faulty and not the safety features in place. The most likely causes of the failure is the thermal fuse is not rated at the right temperature, causing the lithium to reach critical temperatures and combust. Other possible scenarios may include that the circuit board or charging port may not correctly regulate the flow of temperature.

While it is not certain what one or combination of these problems is causing the fiery failures at this time, the phone still remains a potential hazard in any home- and especially within aircraft. The phone is not yet banned on commercial flights, however, with the recent outbreaks in 'hover-board' battery explosions and Note7 failures, it is entirely likely that phones and other lithium-depended devices will come under heavy restrictions in the near future.

Taliban Now Control Left-Behind US Aircraft but None Are Flyable