Samsung has announced a three-year investment plan that will be focused towards expanding the artificial intelligence unit.

Samsung has announced a $22 billion injection of cash into AI, auto tech, and 5G development. The investment will be rolled out over three years and will also include cash for the tech giant's biopharmaceutical business.

The AI-focused investment is just a smaller part of a larger ambitious plan the company unveiled on Wednesday aimed at creating jobs and securing new growth areas as its traditional smartphone business weakens. Samsung Electronics, the biggest part of the company, is expected to fund most of the investment.

The investment will create jobs and broaden company portfolio

A lot of the investment will be focused towards expanding the Artificial Intelligence (AI) unit. Samsung says it will increase the number of AI researchers to 1000 scattered across its global AI offices.

“Samsung has a long history of pursuing innovation and we are excited to be bringing that same passion and technology leadership to AI.”

In May this year, Samsung opened AI offices in Russia, the U,  and Canada. “Samsung has a long history of pursuing innovation and we are excited to be bringing that same passion and technology leadership to AI,” said Hyun-suk Kim, President and Head of Samsung Research at the opening ceremony of the new AI Center in Cambridge. "With the new AI Centers and recruitment of leading experts in the field, our aim is to be a game changer for the AI industry.”

"Samsung has seen strong growth from both its contract manufacturing and biosimilar businesses. It will continue to invest heavily in the businesses, including developing and manufacturing biosimilars," the company said in a statement.

The news is welcome for South Korea who has the unwelcome reputation of being the fourth slowest economy in the region. South Korea has long relied on Samsung and it affiliates to add value to its markets.

Confidence in the tech giant remains high despite the Samsung heir Jay Y.Lee being jailed last year on on bribery charges. Samsung says the latest investments will create more than 20,000 more jobs over the next three years, in addition to a previous plan to create an additional 20,000 new jobs. 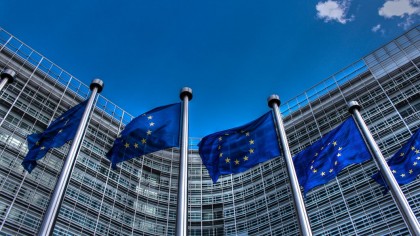 South Korea has high levels of youth unemployment which Samsung could assist in reducing. Samsung Group has 62 affiliates, with a total asset of 399 trillion won, according to the country's Fair Trade Commission. ($1 = 1,118.7500 won).

Samsung is the latest in a series of big name brands showing their dedication to AI by announcing a big cash injection in to AI.

Ford recently announced it would invest 4 billion USD in AI while the European Commission has called for a 20 billion euro investment into AI in order for the continent to keep up with Asia and the U.S.