An employee with one of the world's most prominent brokerages accidentally gave away 1,000 shares of the company.

One brokerage staffer at one of the world's biggest brokerages made a $105 billion mistake.

An employee at Samsung Securities, one of South Korea's biggest brokerages," was trying to issue employees their share in dividends as part of the company's compensation plan. However, rather than giving the 1000 won ($1.20) to each employee, fat-finger syndrome hit and the employee gave them 1000 Samsung Securities shares instead. In total, they gave away 2.83 billion shares or over $105 billion.

According to Bloomberg, that's more than 30 times the company's current market value. It took Samsung Securities 38 minutes to fix the error. Company reports noted that 16 employees already sold their shares which led to market value dropping 12 percent in just a few minutes on April 6. That was the biggest drop in the company's value since the global financial crisis almost a decade ago.

“Nobody expected to see something like this,” Hwang Seiwoon, a Seoul-based research fellow with the capital markets division of Korea Capital Market Institute, told Bloomberg. “An employee selling a million company shares during business hours? Now, that’s weird.”

The company is still trying to figure out how someone successfully sells shares they don't technically own. Regulators are also looking into the brokerage's internal systems.

Despite the company's actions toward solving the problem, significant damage was done. South Korea's pension fund stopped using the brokerage service and severely punish those 16 staff member who sold their shares. The company will also repay shareholders who lost money due to the 12 percent stock drop.

“We are going to compensate investors who suffered losses in the widest possible way,” Koo Sung-hoon, chief executive of Samsung Securities, was quoted as saying in a company statement according to Bloomberg.

No word yet from the company as to what will happen to the employee who made the initial mistake.

The incident is calling into question whether this was something far more intentional. Some financial leaders have likened what happened to a practice called "naked shorting." Its when investors sell shares they don't technically own and haven't borrowed in order to buy them back at a much lower price. While the 16 Samsung employees who sold weren't trying to profit from a decline, they did manage to sell shares they didn't yet have. 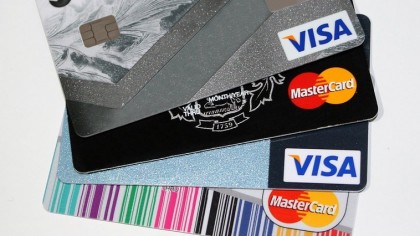 “This doesn’t make sense at all,” the petition on the Blue House website cited one person, who wasn’t identified, as saying. “Employees sold shares even though they knew it was wrong. This is the worst case of moral hazard. An overall inspection of brokerages is needed.”

The mistake might cost more than the company's reputation. Bloomberg reported that the South Korean government is considering removing Samsung Securities entirely from its list of bond dealers. For other companies doing business with Samsung Securities, the event leads to both moral and systemic questions that the company will have to answer.

“We can’t rule out the possibility that some investors will leave the market,” Hwang said. “Confidence in the stock market has been severely damaged.”