Samsung's virtual assistant Bixby is coming to a car, phone, and even appliance near you.

Samsung is leveraging their artificially intelligent assistant Bixby into a plethora of new technologies through partnerships as they move to become an even bigger tech giant.

At CES 2019 this week, Samsung announced that its digital assistant will now be integrated into health robots, car cockpits, map services, and even appliances.

All this doesn’t come as a shock for those familiar with how the modern tech ecosystem functions and it gives Samsung fans a new way to utilize Bixby in their lives.

The underlying push from Samsung behind this new drive to integrate Bixby is how they believe AI will change the technology infrastructure. It will let customers do more with there products with less effort. 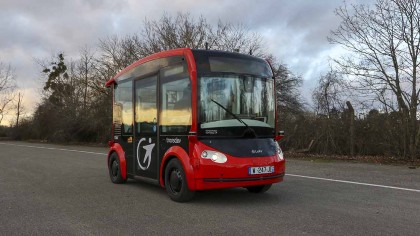 Notably, Samsung CEO HS Kim said that they want to take “half a billion” devices that they sell and connect them to the internet and their subsequent AI systems. Just like Amazon and Google have done with their digital assistants, they've made Bixby scalable and integrate-able with third parties.

Riding on a number of software failures in it’s past, Samsung is crossing its fingers as they put their software hopes in the future of Bixby integrations.

The company is planning on spending $22 Billion on AI research and development by 2020, partly through opening AI centers around the world. The company has also set a goal of employing 1000 AI experts by 2020.

Looking deeper into the data behind Samsungs voice assistant, there’s certainly room for growth. Out of all the people in the US that use voice assistants through their phone, only 4% utilize Bixby. That’s a grim and stark contrast to 44%for Siri 30% for Google and 17% for Alexa.

Glancing over those voice assistant numbers and you can start to see why Samsung is leveraging their AI assistant further – and they certainly have the ability to do that. While most Americans don’t use Bixby, most Americans do have a Samsun device.

70% of U.S. residents have at least 1 Samsung device. Samsungs goal is to connect those devices and more their future devices up to the internet and ready to start utilizing Bixby if they aren’t already.

The first devices that Samsung is looking to make even smarter with Bixy technology are their line of QLED premium TVs as well as their smart appliances. These daily-use tech items will serve as a proving ground for Samsungs revived AI initiatives.

In addition to their current technology, they also unveiled 4 new robots that will aid in various tasks around the house. One called Bot Care demonstrated its health-tracking capabilities on stage at their CES Keynote.

It could talk, monitor blood pressure, monitor other key health indicators, and let family members or medical professionals have insight into the patient.

Other robots will include the Bot Air for air purity detection, the Bot Retail for retail personalization, and the Bot GEMS, a mobility trainer for athletes.

This Old Pool Has Developed Its Own Mini-Ecosystem