Samsung's Latest Patents Might Mean We Finally Get Folding Smartphones

Samsung is one step closer to producing a folding smartphone after being granted key patents.

Samsung has been granted several patents for a foldable smartphone design. Unlike previous rumors, the patents that were granted on May 2 show a device that would fold both in half and in thirds.

The successful patents don’t mean that the phone is definitely going to ever be the reality. But these patents are the latest in a long line of research that Samsung has done in the area, so hopefully, we will see something using the technology emerge in the coming years.

Patents describe phone that can be folded twice

The images provided with the patent show a device that looks like a regular smartphone that can be folded in half. 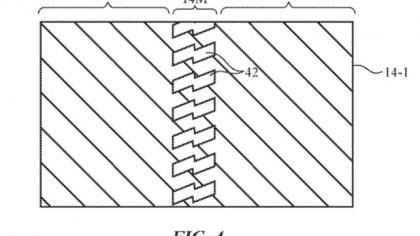 The diagram shows the display being split by the fold so that two different types of content could be viewed simultaneously.

The patent also shows a tri-fold design. The device is longer than a typical smartphone and can fold in on its self for storage and travel.

Samsung isn’t the only company pursuing a foldable display. LG filed patents to the World Intellectual Property Organization in July last year for a “mobile phone with a flexible display which can be folded in half.”

Samsung have been working on their design since 2011 when they initially showed of a prototype.

Even for an early prototype, the device was pretty impressive, despite being a little chunky, the screen only had a 6% loss of brightness where the fold was after 100,000 manipulations.

While the prototype was clearly an early experiment, later in the year Samsung released a concept video of a transparent fully bendable mobile device, that folded out from a phone-sized screen to a tablet-sized one.

This video and prototype were followed closely by several others accompanied by claims that Samsung was getting closer to a production version all the time.

However, manufacturing issues have severely slowed down Samsung's ambitions and nothing even close to that these videos were illustrating has been released. In 2016, rumors surfaced again that a foldable phone was on its way in 2017. Though nothing was realized.

A patent from the same year was filed for a piece of technology that would take the tech maker closer to its foldable phone dream. The patient describes an "artificial muscle" that moves with the screen and allows the phone to bend without damaging the interior of the device.

This week's patents are the latest steps Samsung is taking on its long journey towards a flexible screen. Although a folding phone seems really cool, there doesn’t seem to be a strong demand for such a device.

Samsung engineers have reportedly said “Because the bezel-free display currently sells well, we still have enough time to develop foldable display. The technology is expected to be mature around 2019.” After such a long tie of unfulfilled rumors we’ll wait until we see it to truly believe it.