The tech giant announced recently that the phone survived a 28-pat larch and extreme temperatures.

Those who are notorious for dropping their phones and ruining their phonescreen can worry a little less thanks to a recent announcement from Samsung. The technology giant released information about its latest screen creation. The Korean company said a flexible screen managed to survive rigorous testing and can safely mark the scren as 'unbreakable.'

Samsung announced via a company-wide press statement that Underwriters Laboraories cerified its bendable phone screens. UL is an indepenednt third party safety ratings company that frequently does testing for the Unied States Occupational Satefy and Health Administration. with over a hundred years of tesing out and verifying the safety of popular producs.

According to a company statement, this new type of phone screen was put through Underwriters Laboratories' military-style drop testing. The screens were dropped 28 successive drops at heights of 4 feet (1.2 meters). According to Samsung, even 1.8 meters -- which was a height involved in screen analysis -- the 1.7 m is still significantly higher than the US military standard.UL also tested the screen during extreme temperature simulations. The organization used temperatures as high as 71 degrees Celsius (159.8°F) and as low as -32 degrees Celsius (-25.6°F). 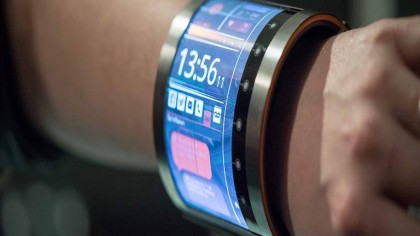 FlexEnable creates a 4.7 inch flexible screen that wraps around your wrist

This particular type of phone screen won't be found in the latest version of the company's Galaxy phone (nor will it be found on the phone model after next).

"The fortified plastic window is especially suitable for portable electronic devices not only because of its unbreakable characteristics, but also because of its lightweight, transmissivity and hardness, which are all very similar to glass," Hojung Kim, a spokesperson for Samsung Display Company, said in a statement.

Following Apple, Samsung May No Longer Include Chargers with New Phones