A popular robot was recently granted citizenship by Saudi Arabia as the country looks to make incredibly progressive steps toward normalizing robotics in the home and public spaces.

Saudi Arabia just became the first country in the world to grant citizenship to a robot, according to leading newspaper Arab News.

A Hong Kong-based company called Hanson Robotics is responsible for the robot named Sophia. She made her debut at the Future Investment Initiative in Riyadh. The humanoid robot made a statement from the stage:

"I am very honored and proud for this unique distinction. This is historical to be the first robot in the world to be recognized with a citizenship."

This took place as part of a larger panel regarding (you guessed it) artificial intelligence and robotics. She even engaged in a short question and answer section with moderator Andrew Ross Sorkin.

"I want to live and work with humans so I need to express the emotions to understand humans and build trust with people," Sophia said. She was even asked about self-awareness -- a very meta question for any robot given current technologies.

"Well let me ask you this back, how do you know you are human?... I want to use my artificial intelligence to help humans live a better life, like design smarter homes, build better cities of the future. I will do my best to make the world a better place," she said.

This isn't Sophia's first foray into making headlines. She's appeared alongside Jimmy Fallon and other late night talk show hosts. In March 2016, David Hanson of the namesake robotics company asked Sophia during an SXSW panel demo "Do you want to destroy humans?... Please say 'no.'"

To which Sophia blankly responded, "OK. I will destroy humans."

This year's FII panel also included insight from some of Robotics' biggest names, and most seemed incredibly impressed by Sophia and hopeful regarding the future of smart robotics.

“I happen to believe that robotics will be bigger than the Internet,” Marc Raibert, Founder & CEO of Boston Dynamics said. 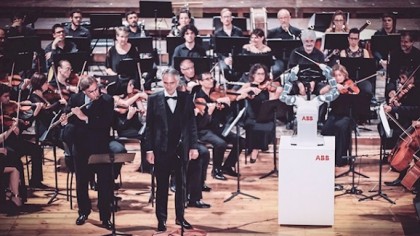 Ulrich Spiesshofer, CEO of ABB Group in Switzerland anticipated “the new normal in which humans and robots work together.” “I think we have an exciting future in front of us."

Saudi Arabia has one of the most advanced plans for their ideal future with robotics. Government officials even proposed plans for a $500 billion megacity largely powered and operated by robotics. Given those recent announcements, a humanoid robot being granted citizenship seems more like a PR stunt than anything else. Despite the fun-but-definitely-creepy elements, not everyone sees it as a harmless matter. Tesla CEO and AI-doomsday believer Elon Musk took to Twitter to vent his frustrations. His snarky comment:

Just feed it The Godfather movies as input. What’s the worst that could happen? https://t.co/WX4Kx45csv

And, from there, responses to Musk's suggestions ranged from robots "making us an offer we can't refuse" to possibly switching movies and channeling the vindictive HAL from 2001: A Space Odyssey. Musk and other tech leaders have been skeptical at best of what AI can do if left to its own devices. Along with hundreds of other industry leaders, Musk petitioned the United Nations earlier this year to make strict regulations on artificial intelligence a priority for global safety. The CEO who has his hands in almost every technological industry does not mince words when it comes to the future of artificial intelligence:

On the list of people who should absolutely *not* be allowed to develop digital superintelligence...https://t.co/reNZ50FGNC