A glowing orb seen over Siberia last week has now been explained by science.

A glowing orb was recently seen above Siberia, sparking fears that it could be alien visitors with negative intentions. However, Earth physicists have quelled fears by revealing what the mysterious glowing object actually was.

The unidentified orb was seen over the Northern Siberia, in the Yamalo-Nenets region, it was captured by photographers who were present to witness the aurora borealis.

"At first I was taken aback for a few minutes, not understanding what was happening, the glowing ball rose from behind the trees and moved in my direction,” photographer Sergey Anisimov told The Siberian Times.

Reports of a giant glowing ball lighting the sky over Salekhard, the Yamal peninsula https://t.co/yhhb05mx7Y pic.twitter.com/5Fd2cagPpH

The photographer assumed that the light was due to a searchlight in the sky. However, the children of his town had other opinions.
"Kids (5-6 years old) walking in the yard emotionally began to tell me about an unusual phenomenon, using the words 'aliens', 'the portal to another dimension' and the like…" Anisimov said.

Theories ranged from the end of the world to a gap in the space-time continuum. But in actuality, the space orb was a byproduct of Russian missile tests conducted in the area at the time.

According to Russian news agency TASS, the Russian military launched three intercontinental ballistic missiles from submarines that day, as well as one from the Plesetsk Space Center.

An astrophysicist concluded that the light show was due to these tests, "In particular, the rocket exhaust expands in a big bubble tens to hundreds of miles across," McDowell told National Geographic, "and if the sunlight catches it just right (because the Sun is below your horizon, but the rocket is high enough to be seeing the Sun) that bubble can be visible."

Therefore, while this is a phenomenon since the sunrays and rocket exhaust met at just the right time, it’s still not aliens.

"In the absence of (significant) air to mess things up, in space things happen much more symmetrically and mathematically than we are used to down here on Earth," McDowell continued.

Siberia is pretty well versed in all things extraterrestrial. A declassified KGB document was released that included a retelling of an event in which 23 Russian soldiers were gunned down and then turned to stone after an encounter with a flying saucer in 1993. The document is a translation by the CIA of a report from the Ukranian newspaper Ternopil vechirniy.

The report states that a low flying craft appeared over a military unit during training in Siberia. Soon a soldier fired at the UFO bringing it down to the ground. 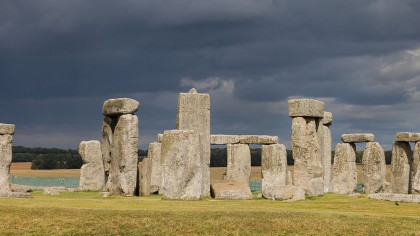 "Five short humanoids with large heads and large black eyes got out,” reads recount, as reported by the Daily Express.

Only two witnesses survived and claimed the aliens merged into a ball of light that exploded turning the rest of the group to stone.

However, much like the glowing orb, this story is probably farfetched. The CIA file states that the information originally came from the Canadian Weekly World News which was known for its fictional headlines.

The truth is still out there.