Still, in its infancy, cryonics is hotly debated within the scientific community.

By  Donovan Alexander
May 10, 2020
bluecinema/iStock

It is a trope that is far more common than you think. It has made appearances in films like Sleeper, 2001: A Space Odyssey, Vanilla Sky, and even in Austin Powers: International Man of Mystery, just to name a few. A fatally injured/sick protagonist or character in the film puts their body "on ice" with the hopes of eventually waking up in a future that can fix their ailments. You guessed it, cryonics.

What is our fascination with cryonics? Could humans really create a technology that allows them to cheat death? For centuries, philosophers have discussed and shed light on humanity's underlying anxiety surrounding their mortality.

To our knowledge, we are the only species in the animal kingdom, aware of our mortality. Dubbed Mortality salience, this source of anxiety has driven some of the most recent interesting technological projects, like Elon Musk's plan to upload the human mind to computers. Cryonics could also help ease our fears. However, we are getting ahead of ourselves. What is the definition of cryonics?

For the uninitiated, cryogenics is the study of what happens to materials at very low temperatures. Cryonics is the technique used to stor­e human bodies at extremely low temperatures with the hope of one day reviving them. If you think that this is some distant opportunity for your future ancestors, you would be wrong. In fact, you can sign up to be cryogenically preserved now after you pass away for a hefty fee. However, what does science say about cryonics, and is it something that we should be excited about? Let's take a look.

1. It all started with the Iceman, Robert Ettinger

The idea of cryonics took root in 1962, when the physics teacher and science fiction writer Robert C. W. Ettinger, suggested in his popular book, The Prospect of Immortality, that humans could freeze themselves, preserving each other, so that a more advanced medicine could revive them. For the majority of his life, Ettinger was obsessed with his own mortality. In a way, he was always looking for immortality.

Born in the United States in 1918, to a Ukrainian mother and German father, young Ettinger spent much of his childhood in Detroit. There he fell in love with science fiction magazines that seemed to predict the future, describing technologies like rockets, television, computers, cell phones. The writer grew fascinated with immorality in 1931, while at the age of twelve, The Jameson Satellite. The story follows a dying professor who has himself launched into the cold storage of space, eventually having an alien race transport his frozen brain into a new mechanical body so that he can live forever.

"I grew up with the expectation that one day we would learn how to reverse aging," said Ettinger in an Interview with the New Yorker. His brush with death as a soldier in World War II would reinforce his obsession with immortality. Upon releasing his book in 1962, the idea of cryonics really took off. And, by the 1970s, there were six cryonics companies across the United States. Robert Ettinger passed away in 2011 at the age of 92. Of course, he was cryogenically frozen, and his legacy has made him immortal.

2. What exactly is cryonics?

Still not sure about cryonics? Let's break it down. As mentioned above, cryonics is the process of preserving human bodies in freezing temperatures with the eventual aim of having them revived when technology "catches up." Basically, cryonics is betting on the fact that technology advances to such a point that we can bring people back who have "died." Perhaps a person dies of an incurable disease. That person will be cryogenically frozen, which is also known as being cryonically suspended when the cure for the disease has been discovered.

The idea of cryonics is not too out of pocket. There are reported stories within the medical community of people falling into an icy lake for hours and brought to the brink of death only to be resuscitated and "brought back to life." How? The frigid temperature in the lake puts their body in a state of almost suspended animation, causing their brain function and metabolism to slow down to the point at which no oxygen is needed.

Stories like these drive the cryonics community. Again, the idea is that if you can preserve the mind, you can maintain the mind of a person. You save the person as the body can be fixed in the future. However, the process of cryonically suspending is much more complicated than dropping someone in cold water. Yet, the process of freezing your body is dependent on preserving that information in your brain.

It is currently illegal to cryogenically freeze anyone that is alive. So do not expect to see it appear on any long trips to space just yet. People who want to be put in "cryosleep" need to be legally dead. However, it is not what you think. Legally dead is not the same as "totally dead." When a person is legally dead, their heart stops while totally dead is when a person's brain function completely stops. Even when the heart stops, some brain function remains. Preserving this brain information is a crucial component of the cryonics procedure.

4. How does the process work? There are three general steps

There are organizations around the world that will preserve your body for a hefty fee costing up to $150,000 in total. If you would want to get cryogenically suspended, here is what you need to do. First, you would find a reputable facility, sign up, and begin paying your fee.

On that sad day that you do pass away and are legally dead, an emergency team will rush over to collect you. They will stabilize your body, supplying your brain with enough oxygen and blood to preserve minimal function until you can be transported to the suspension facility. Additionally, your body is packed into ice and is injected with an anticoagulant to prevent you from getting a blood clot. 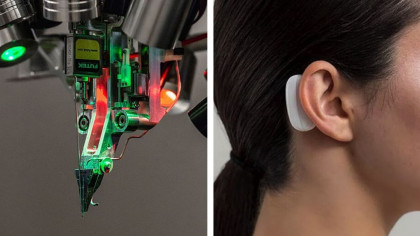 Upon arrival at the facility, the onsite medical team removes the water in your cells and replaces it with a special glycerol-based chemical mixture called a cryoprotectant. This substance prevents your body's cells from freezing and eventually shattering. Think of it as an antifreeze for humans. The end goal? The medical team wants to prevent your body from forming any ice crystals during the cryonic suspension.

Finally, once your body is deemed ready, it is cooled on a bed of dry ice until it reaches approximately -130 C. Then it is placed in its own massive metal tank filled with liquid nitrogen at a temperature of -196 C until the day you come back to life.

5. Cryonics is still very much in its infancy

You will not have your immortal life just yet. Cryonics is a cause of a lot of criticism, something we will explore next. Even more so, the procedures and steps needed to preserve a body have yet to be perfected. On the other side of the argument, cryogenic is currently being studied. Freezing cells and organs are feasible. Researchers have even frozen a rabbit's kidney for an extended period of time, then unfroze it and placed it back in the rabbit with success.

However, we are far more complicated than cell organs. The biggest challenges are going to come when humans have to reanimate their bodies. To do this, you will have to cure the effects of being preserved, cure whatever killed the person, and the biggest challenge of them all, bring them back to life. Cryonics is no way to find a solution for eternal life, yet.

6. There are strong opinions on cryonics in the scientific community on both sides of the table

There have been vocal researchers and scientists against the cryonics movement. In the 2015 MIT Technology review article,  The False Science of Cryonics, neuroscientist Michael Hendricks shares his criticism of the promise of cryonics, stating, "No one who has experienced the disbelief of losing a loved one can help but sympathize with someone who pays $80,000 to freeze their brain. But reanimation or simulation is an abjectly false hope that is beyond the promise of technology and is certainly impossible with the frozen, dead tissue offered by the "cryonics" industry."

"Those who profit from this hope deserve our anger and contempt." Many other scientists have shared similar sentiments. However, there are some who want to keep the discussion. Robert J. Shmookler Reis a professor in the Departments of Geriatrics, Biochemistry & Molecular Biology, and Pharmacology/ Toxicology at the University of Arkansas for Medical Sciences stated in an article for MIT that "Cryopreservation is already used in laboratories all over the world to maintain animal cells, human embryos, and some organized tissues for periods as long as three decades."

"Cryonics deserves open-minded discussion, as do mainstream efforts to understand the nature of consciousness, preserve human tissue and organs for life-saving transplants, and rescue critically injured patients by understanding the boundaries between biological life and death." Nevertheless, the polarizing nature of cryonics has not stopped people from paying to be cryogenically frozen.

7. The first person to be chronically cryogenically frozen was a psychologist

Dr. James Bedford was the first person to be cryogenically frozen, doing so at the age of 73 in 1967. The psychology professor at the University of California developed kidney cancer that later metastasized to his lungs. Within an hour of his death, members of the cryonics Society of California retrieved his body, properly preserving the body before taking it to their facility. The body is still in good condition at the Alcor Life Extension Foundation.

8. And a lot of people have already signed up to be put on ice

At the moment, there are an estimated 1500-3000 corpses currently frozen around the world in cryogenic facilities, while there are an estimated seven leading cryonic organizations across the globe. The Cryonics Institute and Alcor Life Extension Foundation are considered leaders in their fields, with the later foundation having hundreds of members and dozens of patients. You can sign up to become a member of their websites.

To freeze or nor to freeze

Though cryonics has died down some in popularity, the science fiction trope is hotly debated. Emerging technologies like artificial intelligence could potentially make cryonics a more realistic option. However, we are going to have to wait and see. Researchers believe that cryonics could see a major revival in 2040. We will just have to wait and see. Would you cryonics freeze yourself? Why or why not?

7 Things You Should Know About the Future of Underwater Cities