A new pen-like microscope has been developed by researchers from the University of Washington in order to help doctors detect cancer cells more efficiently. When doctors are in the process of cutting tumors, it is all about scans taken of the tumor and the experience of the doctor as well. This is because at any point in time during a surgery, the doctor does not exactly know where the tumor starts and where it stops.

"Surgeons don't have a very good way of knowing when they're done cutting out a tumor," according to Jonathan Liu, the senior author of the research. "They're using their sense of sight, touch, pre-operative images of the brain, and sometimes it's pretty subjective." 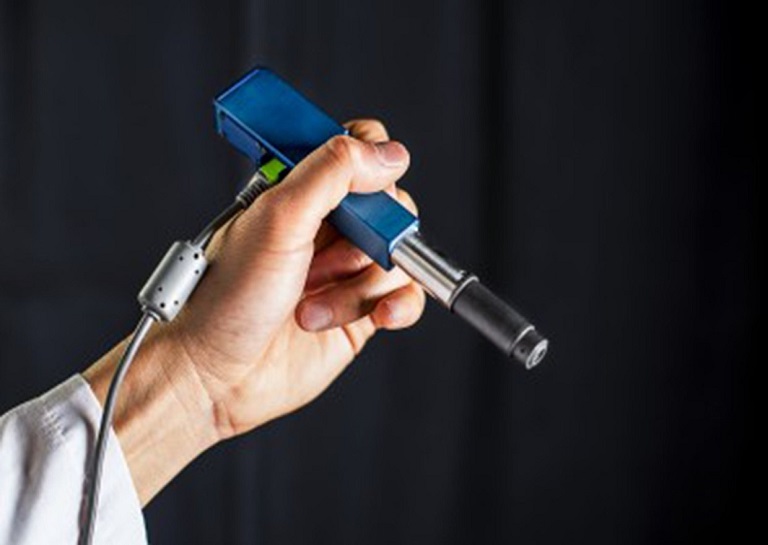 "Being able to zoom and see at the cellular level during the surgery would really help them accurately differentiate between tumor and normal tissues, and improve patient outcomes."

The current approach can have some downsides. Firstly, the doctor might fail to detect cancer cells or cut them out during a surgery, which might grow again after the surgery is performed. Secondly, the doctor might cut out a completely healthy part of the body based on the impression that it is actually cancerous. These two problems are especially solved by the new pen-like microscope.

By using the new microscope, doctors can map out the exact regions of cancerous cells during their operations. This is expected to significantly improve the outcome of their surgeries. The pen works by using a technique called the 'dual-axis confocal microscopy'.

This technique is used to light up tissue areas that can even go as deep as half a millimeter below the surface of the tissue. Based on these high resolution images, it is expected that doctors will have a better idea of the cancerous regions on the tissue.

"Trying to see beneath the surface of tissue is like trying to drive in a thick fog with your high beams on -- you can't see much," added Liu.