Asteroids, bits of space rubble left over from the solar system’s formation, may hold the key to understanding how planets form. While there’s still a lot we don’t know about asteroids, new research is offering clues about the formation of asteroids and planets like our own. 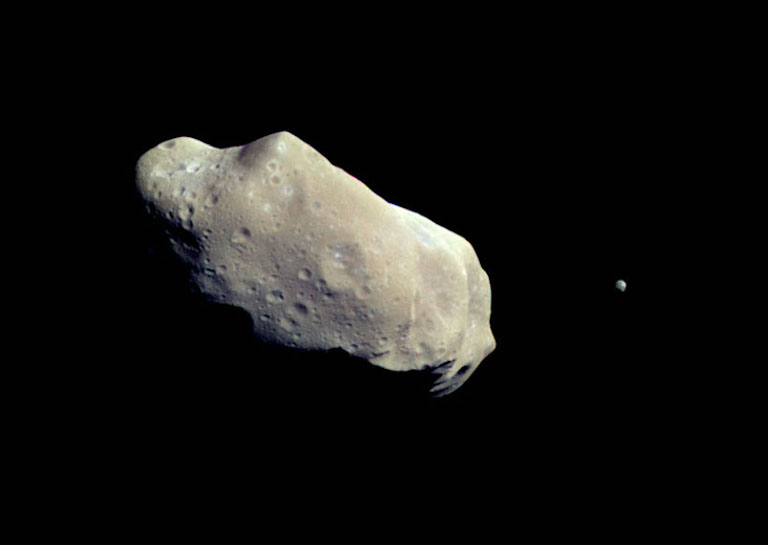 How big were early asteroids?

Researchers from the Southwest Research Institute in Boulder, Colo., recently conducted a study that suggests asteroids may have been born large, rather than slowly growing over time.

Scientists have long considered several theories about the formation of planets. One of these ideas says planets formed gradually as small asteroids collided. The other posits that they were created more suddenly once clouds of dust reached a density that caused them to combine to form a planet.

To figure out which one of these theories is correct, the researchers started looking for families of asteroids — groups of smaller asteroids that all came from one larger object but broke apart at some point. They ended up finding one that they estimated to be around 4 billion years old, which may be the oldest of such group in our asteroid belt.

What the scientists were really looking for, though, was asteroids that had never broken up into families. By identifying the families, they could rule them out, leaving only the intact early formations.

When they found 17 asteroids that had remained intact since the formation of our solar system, they discovered that they ranged between 35 and 100 kilometers wide.

Researchers say the size of these early asteroids supports the theory that planets formed suddenly. And if that’s how they form in our solar system, it’s likely that they also form that way elsewhere in the universe.

What were early asteroids made of?

Early asteroids were commonly believed to be rocky, but new research shows that they may have actually been more muddy than solid.

Scientists believe that asteroids were responsible for bringing water and other key ingredients for life to earth and planets like it. Finding out that those early asteroids may have been muddier than rocky gives us new clues about how life began — and where to look for it elsewhere in the universe.

Today, however, asteroids are rocky. How exactly they got that way has puzzled scientists.

The rocky orbs have a chemical makeup similar to that of the sun, which suggests they formed at the beginning of our solar system when the planets did. Their ingredients also hint that they came together in the presence of water and at temperatures of around 302 degrees Fahrenheit, which is relatively low for pre-solar system outer space.

To explain this mix of attributes, scientists have proposed that the asteroids were porous, allowing water to flow through the rock and cool it to around 302 degrees, despite the presence of radioactive material that would raise the rock’s temperature.

That water probably would have removed some elements from the rock though, making its recipe no longer similar to the sun’s.

Researchers at Curtin University of Technology in Perth, Australia, were running computer models on how asteroids could have formed when they came up with the idea that they were actually made mostly of mud in their early days.

Before the collections of space dust could turn to rock, they said, the radioactive elements would have melted the ice in them forming giant balls of mud. This would allow the asteroids to be relatively cool without losing any of their elements.

Convection, the same force that moves liquid rock through the inside of Earth, may have played a role in molding these mud balls into solid rock.

Uneven temperatures would have caused convection currents, which would have released heat into space, causing the mud to eventually harden into rock.

This model explains how asteroids could have the chemical makeup they do, while the research from the Colorado scientists shows how large those early asteroids could have been. These new insights give us clues about how our solar system and life on Earth, as well as life elsewhere, may have formed. Basically, we all came from giant balls of space mud.