Alternative fuel ideas can be wild and whacky yet do, in theory, offer "clean" energy alternatives to fossil fuels. Wouldn't it be great if we could power our cars on booze? What about trash or dead cats? How about nappies?  Hang on, did you say dead cats? Why yes we did, more on that later. Bioethanol and biodiesels are already in production but what about the ones that haven't quite "cut the mustard"?

With rising energy costs a bane to each and every consumer and world economies pushing for "green" alternatives and technologies, there is commercial pressure to provide energy as cheaply and cleanly as possible. Many new energy sources are being explored as a consequence. There are a plethora of potential energy sources out there that are not just corn or sugar derived. In theory, almost anything can be burned to be used as a fuel source. On large scales, to work effectively, alternative energy sources need to meet some criterion. It must produce more energy than it requires and it must cost less than the current technologies. It must also be widely available and in large enough quantities as well as produce the minimum amount of pollution.

With that in mind, let's take a look at some "bizarre" energy sources that meet these requirements. Some may surprise you, others may seem rather outlandish, but some could have real potential.

Right then, let's get this one out of the way. Can you imagine powering your car with dead cats? Would you do it even if you could? A German newspaper reported just that in 2005. So the story goes an inventor had developed a fuel system that could be powered on garbage, including ex-cats. The story soon picked up traction, some actually quoting the need for 20 cats as fuel. Like many odd stories, this one did have a grain of truth. Dr. Christian Koch had indeed created a machine that could convert rubbish (such as paper, plastics and garden waste) into biodiesel. Cat fuel, on the other hand, was a complete invention.

Koch's KDV 500 device can, it's claimed, convert trash into gas at a big discount when compared to more conventional fuels. Like most claims of this nature, the wider world still waits for its deployment. 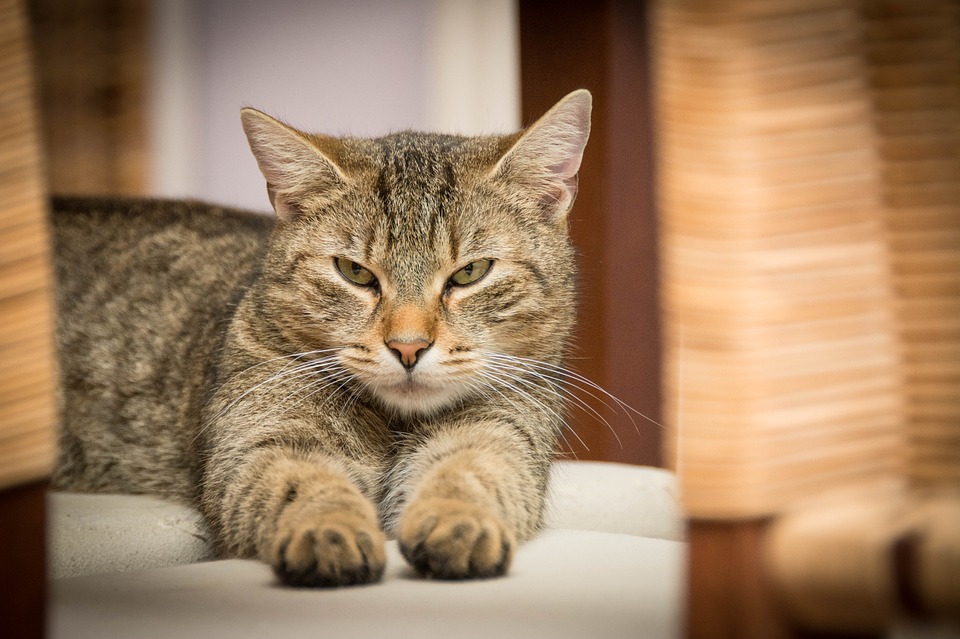 Perhaps equally as disgusting as dead cats, nappies (diapers for those "across the pond") could be an excellent fuel source. I'm not sure you would necessarily want to live downwind of such a power plant, however. It is possible to convert rubbish into fuel gas and oil with very little pollution by using a process called pyrolysis. This differs from combustion/incineration in so much that the materials are heated in a sealed and oxygen-free environment. This process breaks down the molecules inside to create useful byproducts.

Could nappies be a good candidate for this process? Why yes. They are highly abundant and are constantly "generated" by manufacturers and usefully "enriched" by babies. Nappies are also relatively easy to source or recycle by separating them from your general rubbish. They are also, pretty much, consistent in makeup. Pyrolysis works at its best when it is fine tuned to a specific material type. Mixed garbage has a wide range of constituent ingredients and can be highly variable in composition from day to day. The plastics and fabrics used in their manufacture and the generally consistent "enrichment" products produced by babies, makes them relatively simple to predict.

Now you don't need to feel so bad about creating so much waste as a young family. A power company in Quebec, Canada is currently planning to test this technology. Fingers crossed and pegs-on-nose! Why not combine the power of cats and nappies? 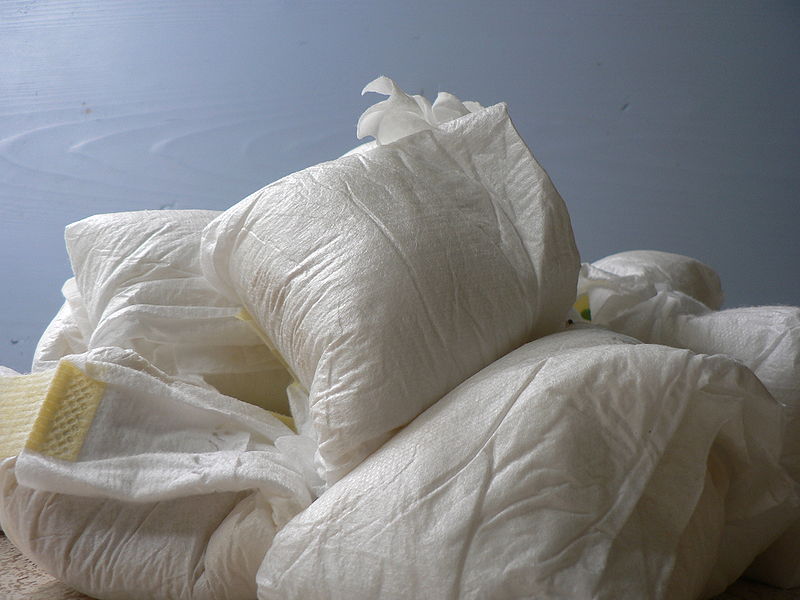 Painting, unless for artistic or recreational hobbies, is a bit of a chore. But what if someone suggested that you could power all your electrical devices with paint? If you then compared the price-per-gallon of paint to fuel, you may think this is a little short sighted! The distinct difference being that you don't burn it as a fuel! This is a special solar paint that captures energy from the sun.

My hometown of Swansea's University has been working on this very idea! Engineers at the University are working on what is basically a paint-on solar panel that can be applied to steel panels which could be used to clad buildings. Interaction of sunlight with the paint and the underlying steel creates a current that can be captured and exploited.

Given there is potentially a huge amount of surface area available, even with a modest 5 percent conversion rate, the solar paint could provide as much energy as 50 wind farms in the UK alone. That even considers the relative sunlight levels of the UK, especially Swansea! Imagine the implications in sunnier locations around the Mediterranean, USA or Africa!

Alright, we are not talking about tidal or hydro power here. Have you ever watched the film Chain Reaction? Apart from it being generally forgotten, the film is essentially about a team of researchers attempting to create energy from water. Sounds great right? But why haven't scientists yet found a way to directly extract energy from water? In 2007, an inventor found a way to ignite salt water using radio waves. John Kanzius, who was actually working on a cancer cure, discovered that heat from ignited water could power a small engine. Pretty neat, salt water could be used as a potential power source. Little progress has occurred since then sadly.

Another scientist also claimed to have developed a car that could run on water in the mid-'90s. Stanley Meyer claimed he had created a "fuel cell" that ran on water. However, this claim was debunked by peers and he was even sued by his investors. He was even declared a fraud by the courts! Perhaps though there is someone else who can pick up this idea and run with it? 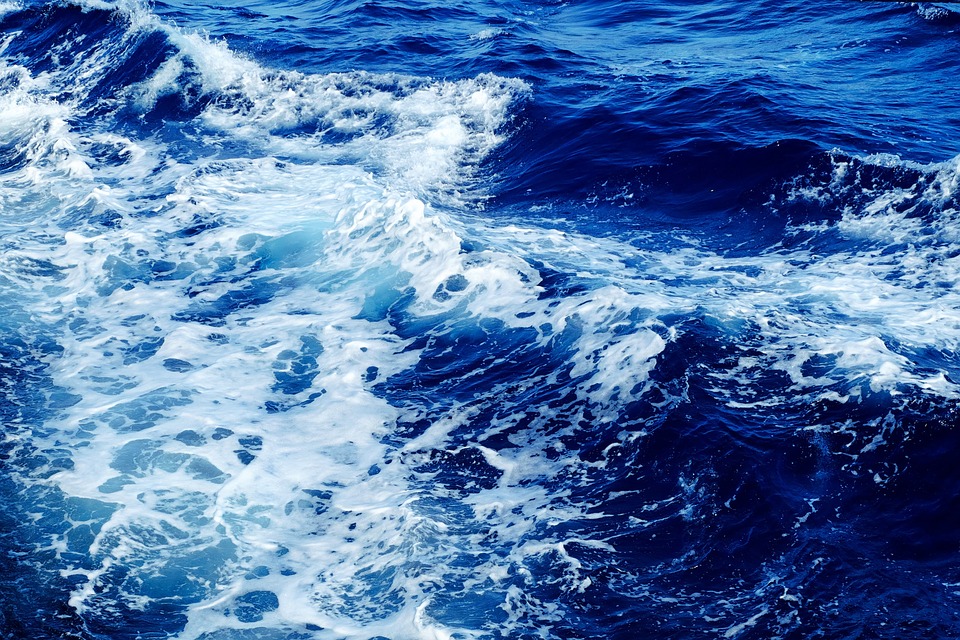 SEE ALSO: Seven Cool Biofuel Crops That We Use for Fuel Production