If you thought military drones were already advanced, be prepared for fleets of drones to be chemically grown in giant vats. You read that right. BAE System, a UK defense company has announced that it plans to develop the technologies necessary to grow drones in tubes of chemicals using a proprietary chemical process. As the company claims, it will be like 3D printing but on the molecular level and increase production time to just mere weeks per drone.

"During this century, the scientists and engineers envisage that small Unmanned Air Vehicles (UAVs) bespoke to specific military operations, could be 'grown' in large-scale labs through chemistry, speeding up evolutionary processes and creating bespoke aircraft in weeks, rather than years." ~ BAE Systems 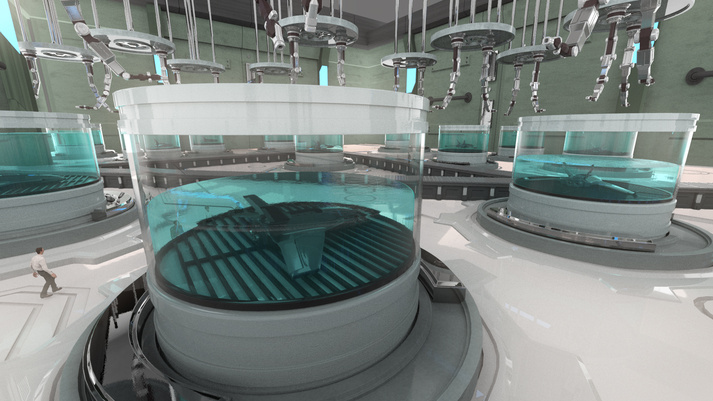 The machine called the Chemputer would enable the chemical basins to grow drones including internal electronics and delicate components, according to BAE Systems. Growing drones through chemical processes is a radical idea from BAE, and they haven't really released the specifics on how they plan to do it.

Read about the future of 'growing' aircraft through chemistry here: https://t.co/3gmDjBWRCE pic.twitter.com/Yt6nRkBdt3

“The world of military and civil aircraft is constantly evolving and it's been exciting to work with scientists and engineers outside BAE Systems and to consider how some unique British technologies could tackle the military threats of the future” ~ Professor Nick Colosimo, a BAE Systems Global Engineering Fellow.

BAE Systems did release a rather science fiction-esque video where they depict what the technology will look like in the future of warfare. The whole thing looks a little too good to be true.

Ideas surrounding this technology are based on the need of constantly changing technology in modern warfare, according to IFL Science. While rapidly growing drones through chemical process certainly meets that need, we will just have to wait and see when it will happen.