This Germ-Zapping Robot Can Completely Sanitize a Hospital Room&nbsp;Within 10 Minutes 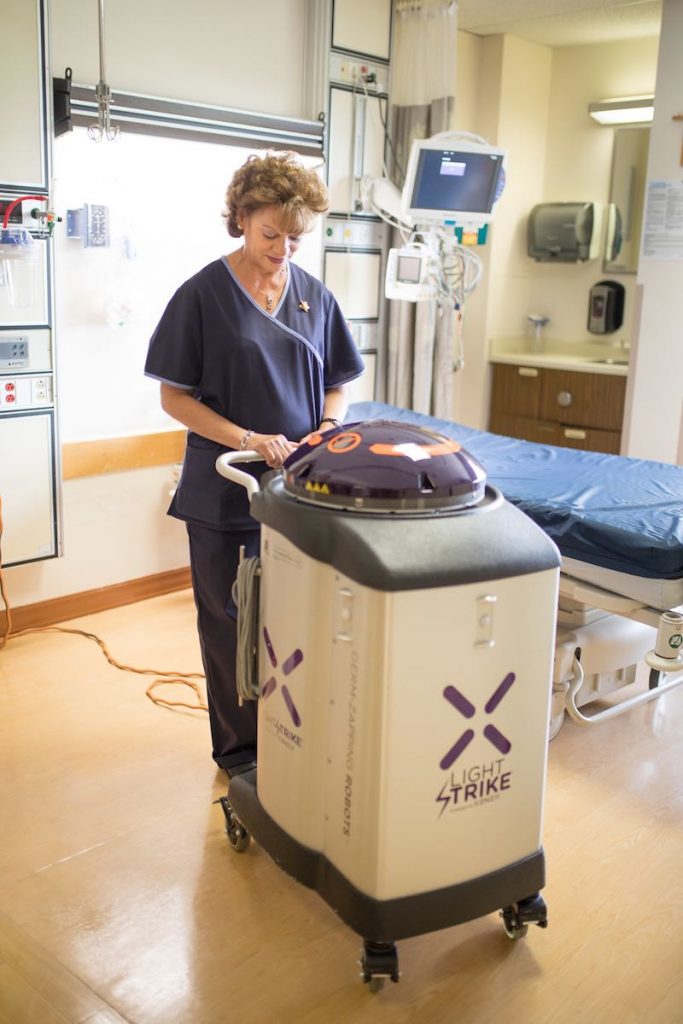 Amy R. Gram, director of Infection Prevention at Saint Peter's University Hospital, explains "In infection prevention, our goal is to provide a clean, safe environment for our patients, their families and our employees. This latest technology provides an added level of protection in combating Hospital Acquired Infections (HAIs) caused by pathogens such as Clostridium difficile and Staphylococcus aureus".

Using Ultraviolet light is not a new idea, but the robot system provides an easy to use and safe method of using the light for the first time. The Xenex robot uses pulsed xenon, a high-intensity UV light. The light is emitted from the device which then penetrates the cell walls of microorganisms, including bacteria, viruses, mold, fungus and spores. The light fuses the DNA of the organisms which renders them unable to mutate or reproduce, effectively killing them on the spot. 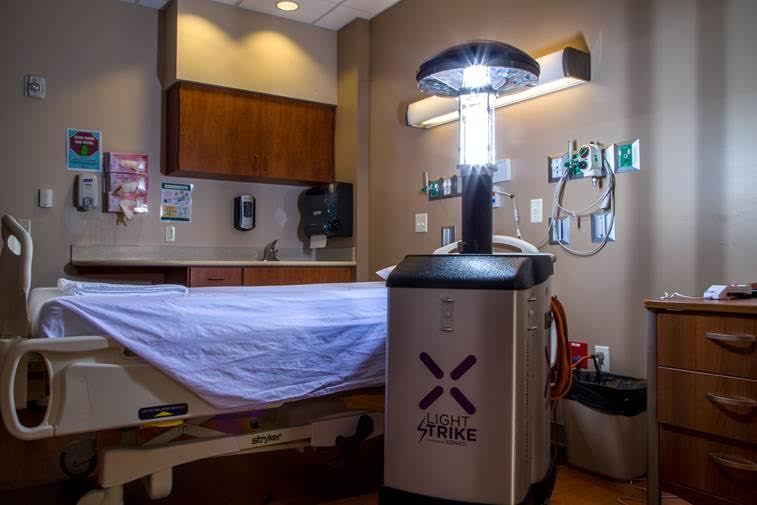 The germ-zapping robot is used in conjunction with regular cleaning and sanitizing routines. Once the room has been cleaned according to hospital regulations, the Xenex robot enters the room and is left to do its work, a room can be completely sanitized within 10 minutes. The room is first cleaned as normal, then a few small preparations are made so the light is directed at the highest traffic and high-risk areas.

"This is a revolutionary system that provides a second layer of protection after a room is cleaned and sanitized," said Perry Zygband, manager of environmental services for Saint Peter's University Hospital. He adds, "It's a cool device—it looks like R2-D2 from Star Wars or the robot from Lost in Space."

Even the most dangerous of pathogens are no match for the germ-zapping robot, it can kill Clostridium difficile (C.diff), norovirus, influenza, Ebola and methicillin-resistant Staphylococcus aureus, better known as MRSA. Infections from these pathogens can increase patient recovery time and in extreme cases even be the cause of death.

Infection rate reduced up to 70% after robot use

In some hospitals, the infection rate reductions have been as much as 70% after the introduction of Xenex. There are more than 40o hospitals across Europe, Asia, Africa and the US that have been using the Xenex robots to assist staff in infection reduction. Zygband asserts, "Anything that helps clean the room benefits patients.  They can know the room has this second layer of protection to destroy germs."

The Xenex website claims that Hospital Acquired Infections kill the same amount of people in the US as AIDS, breast cancer and auto accidents combined. HAI’s are acquired while patients are in hospital receiving care for other illnesses. The associated costs of HAIs cost the healthcare industry more than $30 million USD every year.