Imaginactive, a company focused on space innovation, has released plans for a space train called the Solar Express that would haul cargo and people into space. Charles Bombardier is the founder of the company, and took the lead in developing the plan. The train would travel at 1 percent the speed of light, or 1,864 miles per second. At this speed, the space train would be able to reach the red planet in just 2 days. Keep in mind hat the proposed space train is just conceptual, but so far all of the physics work out. 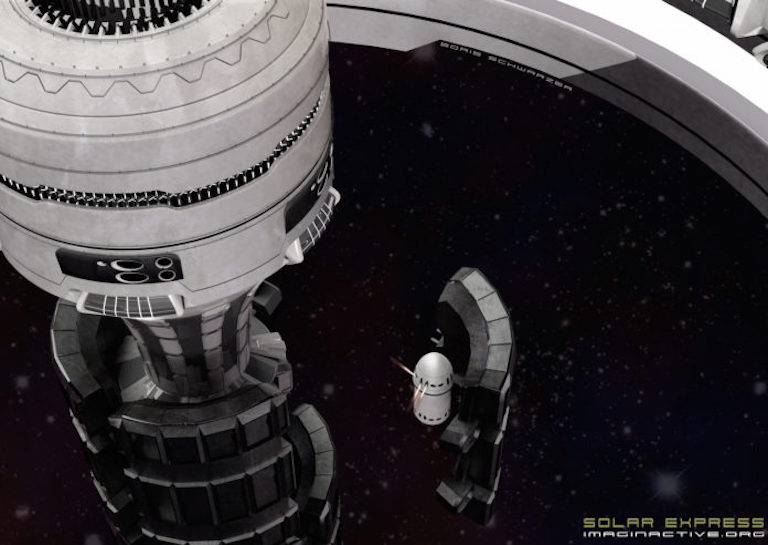 The Solar Express would look nothing like an earth train, in fact it would have a series of cylinders stretching 164 feet. Each section of cylinders would hold certain amounts of cargo, and they could be connected together. Since the goal of the train is to haul cargo, it will inherently be heavy and fully loaded. Imaginactive believes they would be able to use rocket boosters to launch the train on course and use the gravitational force of other planets to gain speed progressively. 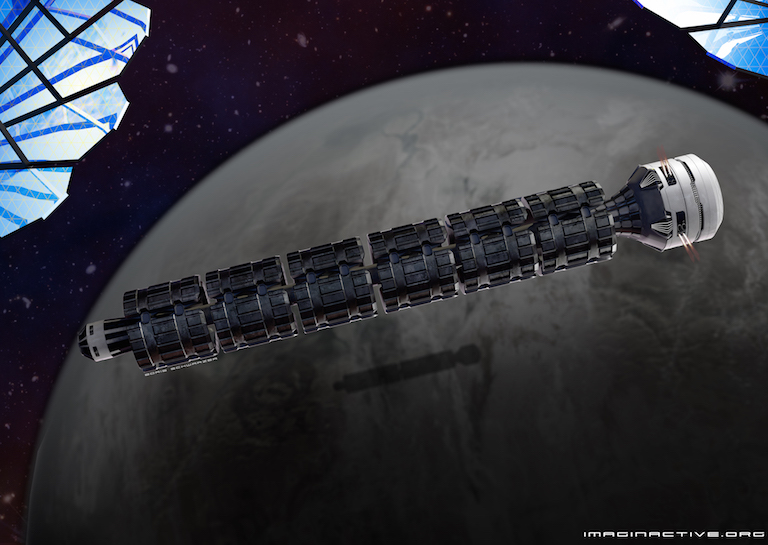 Part of what makes how this train will work rather innovative is that it won't ever stop to deliver cargo, rather other transport crafts will attatch to it, collect cargo, and return to Mars or other planets. The team is still working on how to make all this work, but they believe that it will be possible, and that a space train could pose an interesting solution to our space transport needs. Imaginactive has been known to come up with some pretty crazy ideas, like one to create a supersonic jet that would reach speeds up to mach 24. Check it out below.