Water is the most important element any life form needs in order to exist. Our planet Earth is composed of around 71 percent water, however, this raw form of H2O is unconsumable due to the salts and other chemicals that live within it. A team of researchers from the University of Manchester plans to solve the problem of conveniently accessing drinking water by creating a graphene oxide membrane filter that can sieve out salts and other organic materials in an atomic level. 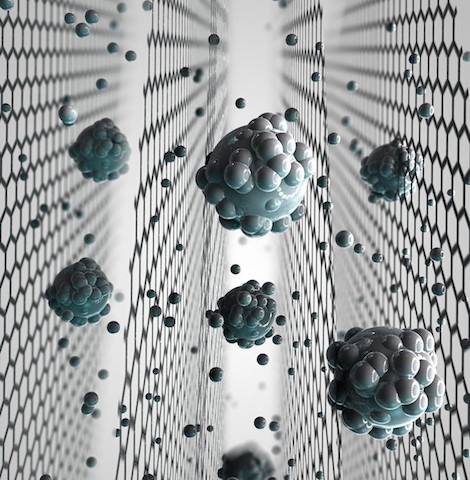 Theoretically speaking, graphene does not exist in nature and is highly unstable. One way of extracting graphene is by using the sellotape method where a small amount of high purity graphite is stuck and peeled off between a piece of sticky or scotch tape. This method gave the researchers, from the National Graphene Institute (NGI) in Manchester, a single-layer of graphene from a stacked-layer. The graphite is thinned down into thousands of layers after repeated extractions and will eventually produce a layer that is only one or two atoms thick.

These graphene oxide membranes can form excellent barriers when processing liquids and gasses. They are capable of extracting organic solvent from water and remove water from a gas mixture to a very precise level. The graphene oxide membrane has so far managed to stop helium from going through it, which is considered as the hardest gas to block.

Graphene is a strong, light and flexible material which makes an excellent barrier to the smallest atoms that exist.

The graphene oxide membrane they have developed is already capable of filtering out small nanoparticles, organic molecules, and large salts. However, the current state of this membrane is unfit for use in sieving common salts used in desalination technologies as they require a much smaller filtration level.

The team of scientists is currently exploring the ways to use graphene membranes to filter dirty water, in the separation of gas and desalination projects.

This technology can also be practical for industrial processes. Food and pharmaceutical packagings can be coated with graphene which can halt the transfer of moisture and oxygen allowing food and perishable good to be fresher for longer. The emission of carbon dioxides by power stations can also be eliminated by using graphene membranes to filter them out before they're released to the environment.

It is estimated by the UN that by 2025, 14% of the world's population will have a difficult time accessing clean, potable water. The graphene oxide membrane technology has a great potential to conveniently filter raw, dirty water across the globe. Specifically, this technology will be ideal for third-world countries that cannot afford industrial-scale desalination plants.

In order to be suitable for large-scale applications, graphene oxide membrane is being developed by the team of scientists so it can be built on a smaller scale which will make the technology economically accessible for the mass.

The published paper by the team can be accessed via Nature Nanotechnology.