There is a video that has gone viral recently that depicts a class of Japanese high school students cracking eggs into cups, and appearing to grow real chicken outside of eggs. Upon seeing the video, the first reaction most people had, including us, was "there's no way this is real." Admittedly, the video looks more like an overdramatic Japanese game show rather than an actual scientific study, but it turns out the whole process is real. Growing a chicken outside of a shell and inside of a cup is all apparently part of a process that was pioneered in Japan a few years ago. Check out the video below to see just what everyone is going crazy over.

According to Science Alert, part of the reason why this process is something that anyone would even want to do is because it allows researchers to better understand the growth of chicks during early development. Not only this but having this open access to the embryo also allows testing of medicines and possible genetic modification.

Whether you want to believe it or not, growing birds outside of their shells is a thing now, and it has a success rate of around 60 percent under good conditions. The eggs were store bought, according to the Huffington Post, after which they were artificially fertilized to allow the bird to grow. 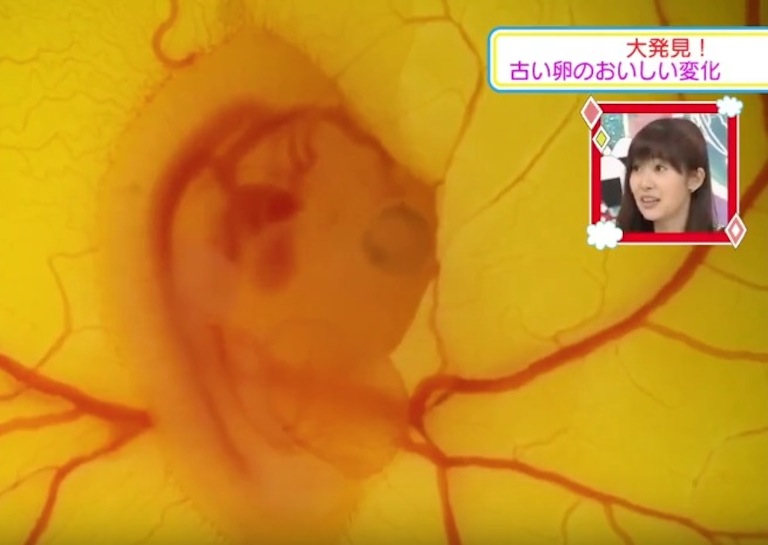 Other than being a fantastic science experiment, this method also poses some interesting solutions to endangered species and conservation. In typical hatching environments, broken-shelled eggs would not survive, and when it comes to rare or endangered species, this is a big deal. This method allows for those eggs to be fully cracked and placed in an incubator, allowing the bird to fully develop in perfect conditions. Science is awesome, why didn't I do this in high school?