An innovative space program founded by Yuri Milner has just successfully launched six mini chips or 'Sprites' into orbit aboard the Venta and Max Valier satellites. The Sprites are part of the Breakthrough Starshot project designed to test technologies that would eventually be used for interstellar missions. This ambitious and groundbreaking program aims to achieve notable interstellar missions around the Alpha Centauri system in just over 20 years after its launch last year.

Why Breakthrough Starshot is innovative

The project Breakthrough Starshot was announced last year by the Breakthrough Initiatives, a scientific and technological exploration program founded by Yuri and Julia Milner. Breakthrough Starhsot is a "$100 million research and engineering program aiming to demonstrate proof of concept for a new technology, enabling ultra-light unmanned space flight at 20% of the speed of light; and to lay the foundations for a flyby mission to Alpha Centauri within a generation". Compared to what a full-scale interstellar mission would cost, the Breakthrough Starshot project costs significantly less for a proof of concept endeavor.

The project's goal is to essentially fire the tiny, gram-scale spacecraft to around 20% the speed of light. That's approximately 37,000 miles per second, which is estimated to reach the Moon in just 7 seconds by utilizing lasers on Earth. Breakthrough Initiative plans to carry out the first interstellar mission using these gram-scale devices.

The program was able to successfully deploy six mini chip-sized spacecraft, called Sprites, to orbit as secondary payloads. Two of which are attached to the Venta and Max Valier satellites built by OHB System AG, one of the three leading European space companies. The other four Sprites are still aboard the Max Valier satellite and is due to be deployed into orbit as self-supporting spacecraft. Each of the mini spacecraft is built on a single 3.5-by-3.5 centimeter circuit board, which weighs just four grams, and is equipped with solar cells, computers, sensors, and radios. To demonstrate their ability to perform despite their miniature size, the Sprites are in radio communication with Earth-based stations in California and New York. Moreover, amateur radio enthusiasts around the world are also able to receive signals from the Sprites. This latest mission by the Breakthrough Starshot aims to test the performance of the Sprites' electronics when in orbit. The research endeavor is also designed to exhibit the gram-scale device's ability to use its novel radio communication architecture. 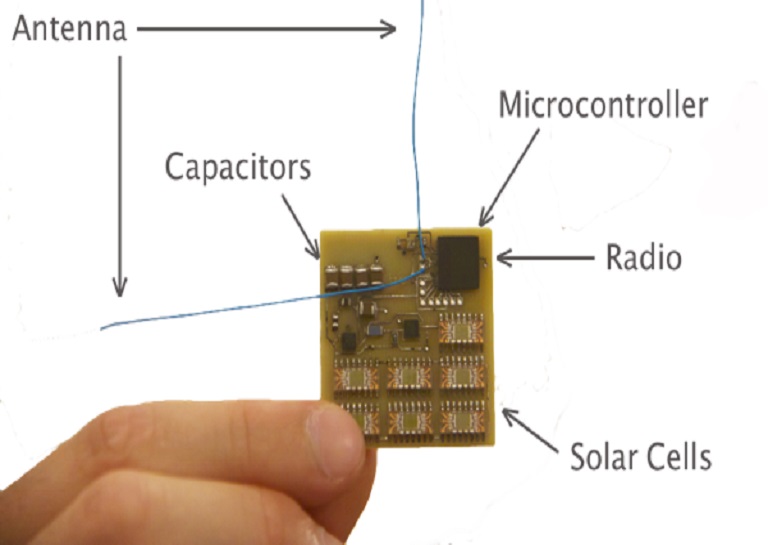 Another technological innovation the Sprites are exploring is the concept of solar sail propulsion. Proving that a spacecraft can be powered using only the sun's radiation would create a new design strategy for satellites and other space vehicles. Using solar radiation to propel satellites mean they wouldn't require fuel anymore and thus reducing the overall weight of the spacecraft.

Built as small, gram-scale chips, the Sprites are foreseen to face difficult challenges once they are zooming through space. Even though a tiny speck of space debris is rarely found around the interstellar, it is enough to wreck a speeding Sprite at 20% of the speed of light should it ever clash with such cosmic dust.

As the Sprites are notably much smaller than all the other communications satellites deployed before, they face the ultimate challenge of keeping in contact with Earth across vast distances. To put things into perspective, NASA's New Horizons satellite used a dish with a 2.1-meter dimension to communicate to Earth-based stations. Despite its size, the New Horizons space probe was only capable of transmitting data at a rate of 1 kilobit per second after it flew by Pluto and Charon back in July 2015. Now, as the Sprites are aimed to travel all the way to the Alpha Centauri system, the issue of feeding back signals to Earth is one of the biggest challenges the Breakthrough Starhot team has to address.

One of the other goals of this innovative program is to conduct missions across the Alpha Centauri system to specifically take snapshots and measurements of the exoplanet Proxima b as well as other planets within the nearest star system to Earth. Yuri Milner's Breakthrough Initiative also yearns to discover evidence of life beyond Earth.