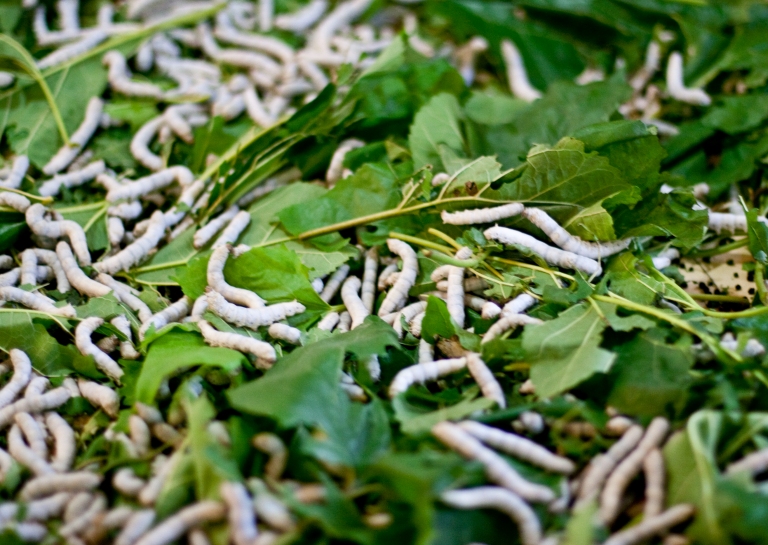 Peter Parker might have competition (at least, the spiders who bit him do).

Researchers in China have strengthened the silkworm's threading by feeding them graphene. Graphene is single-walled carbon nanotubing.

Silkworms typically eat white mulberry leaves. Yingying Zhang and her colleagues from Tsinghua University sprayed the mulberry leaves with a solution containing 0.2 percent graphene. They then produced the silk as normal.

The history of silkworms dates back at least 5,000 years in China. Domesticated silkworms rely on humans for reproduction due to nearly 5 millennia of selective breeding. With domestication came increased production of silks. Commercial silkworms can now give ten times more than what a wild silkworm can.

Over the last few decades, smart clothing has become a hot topic. Thus, silkworms have become subject to increasing research on how to make stronger, smarter silk.

The research has yet to determine exactly how much of the graphene gets into the silkworm's silk. Another unanswered question is what percentage of the graphene is metabolized or excreted by the insects.

The already-strong silk just got even stronger. The material can endure 50 percent more stress than silk before breaking. The modified silks even conduct electricity after being heated to extremely high temperatures. The team also found it had a more orderly crystal structure than regular silk.

Yaopeng Zhang of Donghua University has also experimented with silkworms. He fed titanium dioxide nanoparticles to silkworms to create silk resistant to ultraviolet ruin. The conductive properties of this new silk could even allow for the clothes to read nerve signals, he told Scientific American.