Germs aren't exactly enjoyable anywhere you encounter them. However, if you're dealing with germy microbes hundreds of kilometers above Earth, you might fear them even more. The risk of contamination is a big threat to astronauts living in tight quarters. NASA is now changing how they figure out exactly what that weird fuzzy mold is.

The International Space Station is no stranger to weird fungal growth. Previously, teams have had to collect samples and ship them back down to earth in order to be tested. 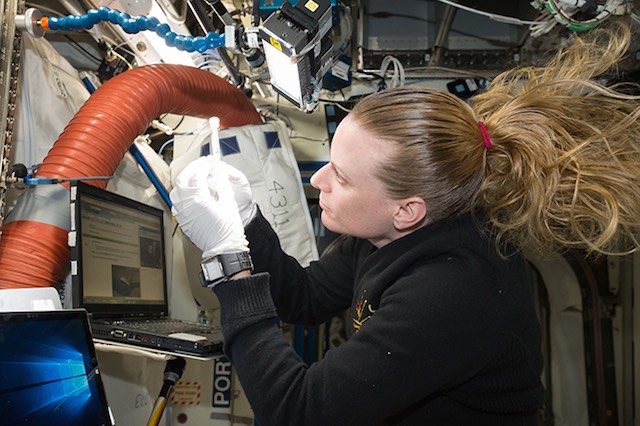 "We have had contamination in parts of the station where fungi was seen growing or biomaterial has been pulled out of a clogged waterline, but we have no idea what it is until the sample gets back down to the lab," said Sarah Wallace, NASA microbiologist and the project’s principal investigator at the agency’s Johnson Space Center in Houston.

The longer it takes to get the results back from the lab, the more the team risks putting themselves in danger. While astronauts disinfect frequently, there are some moments in a rotation where restocking up on disinfectants just can't happen.

To save the team time and safety, NASA is developing a way for astronauts to sequence and identify unknown microbes right on the ISS. The project is called Genes in Space-3. For the first time ever, it combines existing space technology to allow teams to identify a sample in orbit.

Last year, molecular biologist Kate Rubins became the first person to ever sequence DNA in space. She used MinION, and that technology analyzes DNA and RNA in real time. Similar gadgets frequently help remote doctors track diseases like Ebola while in the field. In order to make sure the tests worked, ground teams sent up mouse, viral and bacterial DNA. They then compared Rubins's results with theirs to determine how accurate the analysis would be. 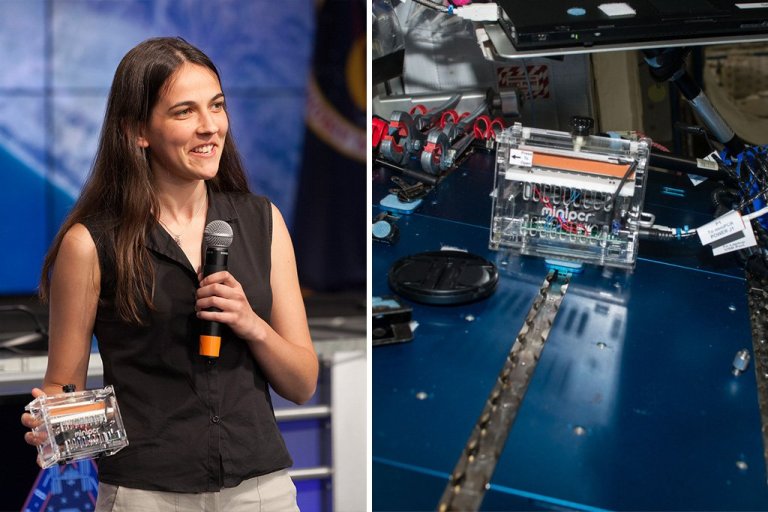 So why did this take so long? Why didn't the ISS try this earlier? No one knew whether DNA could be analyzed in microgravity. But it's a task that feels like it should already exist. Think about the countless science fiction movies where a team of astronauts has to analyze an organism while in space. Being able to identify strange organisms without having to ship it back to earth for analysis will save both time and energy.

It also makes the ISS and other ships considerably safer. The International Space Station has to be kept in pristine condition. The consequences of letting bacteria grow sound like a combination of an outer-space thriller and a zombie movie. Superbugs -- those resilient to antibiotics -- continually get stronger. Should one like MRSA appear onboard, astronauts would need to know immediately.

"The ISS is very clean," said Sarah Stahl, microbiologist and project scientist. "We find a lot of human-associated microorganisms - a lot of common bacteria such as Staphylococcus and Bacillus and different types of familiar fungi like Aspergillus and Penicillium."

But it doesn't mean the possibilities go away completely, especially for future astronauts.

"Onboard sequencing makes it possible for the crew to know what is in their environment at any time," Wallace, who is the project's chief investigator, said in early discussions of the project last year. "That allows us on the ground to take appropriate action – do we need to clean this up right away, or will taking antibiotics help or not?"

For an even more simplified explanation of the new DNA sequencing technology, check out the video below:

SEE ALSO: SpaceX to Deliver a Deadly Superbug to the International Space Station