As human ingenuity leads to more and more sophisticated medical technology, the battle rages with our constant bacterial companions. Drawing inspiration from natural systems, researchers are using bactericidal nanostructures to win the war. 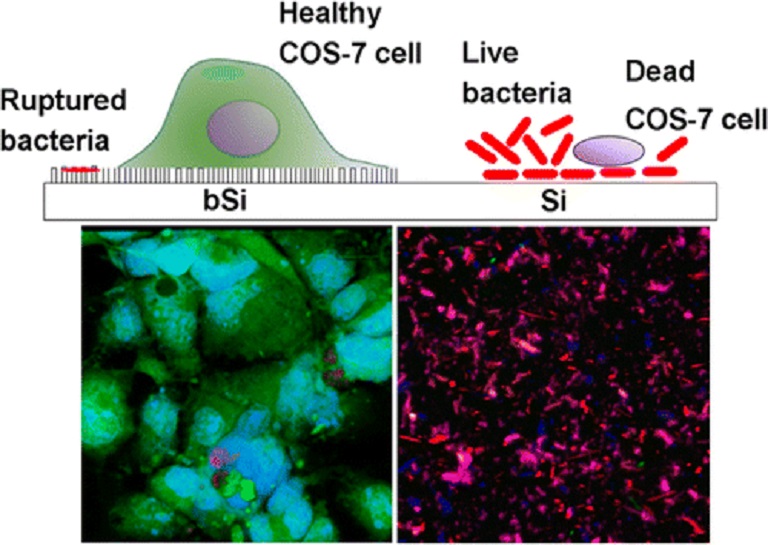 Biomedical implants are bombarded with cell activity upon addition to a human host. Competing for space, human and bacterial cells attempt to colonise the new surface. As antibiotic resistance is an increasingly urgent concern, the need for alternatives has led researchers to look to the natural world for solutions.

In an international collaboration between universities, researchers at RMIT have identified a specific nanotopology capable of targeting bacterial cells.  Executive Dean of the School of Science, Professor Russell Crawford, said:

'The study was extended to include the assessment of the bactericidal potential of dragonfly wings and black silicon; both of which are composed of bactericidal nanostructures. Black silicon is a synthetic analogue of dragonfly wings, with similar bactericidal properties and its surface is made up of tiny spikes, reminiscent of a bed of nails. Because bacteria are small compared to these spikes, they place tremendous mechanical stress on them, causing them to rupture. But human (i.e. eukaryotic) cells are gigantic by comparison and by having stronger cell walls and distributing their weight over more points, they remain unharmed.' 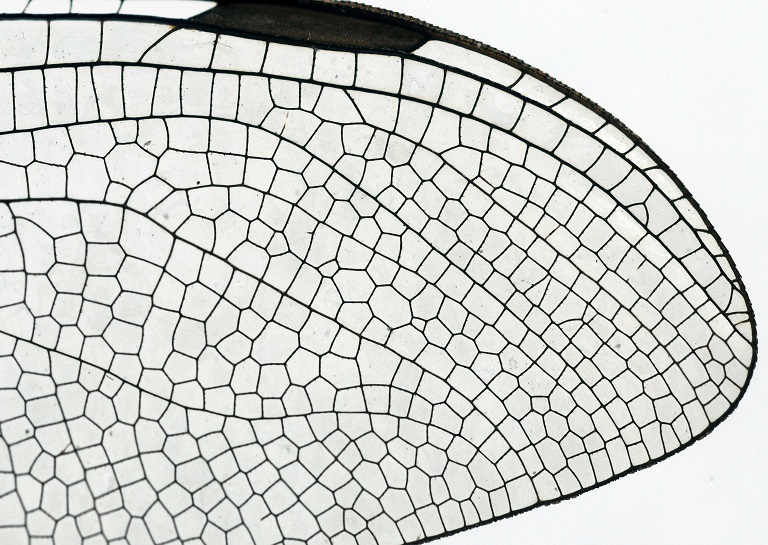 Not only are potentially deadly bacteria knocked out by this unique nanostructure, surfaces coated in human cells are then protected from further pathogen invasion, reported lead investigator, Professor Elena Ivanova (Swinburne University of Technology). Explaining, Professor Ivanova continued that this protection facilitates tissue integration and improves implant success rates. 'Surfaces such as these represent an exciting opportunity for the development of a wide range of antibacterial biomaterials for industrial and biomedical applications,' she said.

Recently published in the ACS journal Applied Materials and Interfaces, the research team reported that the black silicon in use not only tore bacterial cells apart, it was also biocompatible with the host animal (that is, it did not trigger an inflammatory response).

The study of natural systems is leading to some fascinating outcomes in nanobiotechnology. Nano-biomimetics is providing unique insights into how we may use structures found in nature to win against our oldest foe.