The Worst Oil Spill in U.S. History Caused Over $17 Billion in Global Damages In the first-ever study of its kind, scientists put a number on the environmental damage of a massive oil spill. The damage caused by one of the world's largest engineering disasters amassed $17.2 billion in financial impact. This is the most comprehensive look into the natural resources lost in the 134-million-gallon spill. (For some frame of reference, NASA's current budget is approximately $18.5 billion USD.)

The Deepwater Horizon explosion and subsequent spill occurred in 2010. The Deepwater Horizon semi-submersible drilling unit was owned by Transocean. The company was drilling for BP off the coast of Louisiana in the Gulf of Mexico. Deepwater Horizon's explosion and subsequent sinking led to the deaths of 11 workers and injured 17 others. Many consider the spill as the largest environmental disaster in U.S. history. It's also one of the largest accidental marine oil spills in the world. The event even inspired a recent disaster biopic film of the same name. 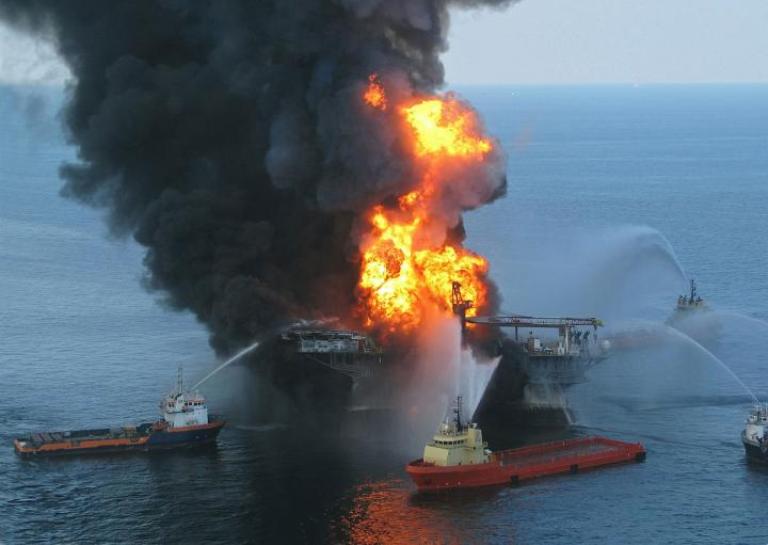 Kevin Boyle works as a professor of agriculture and applied economics at Virginia Tech College of Agriculture and Life Science. He served as one of the paper's authors.

"The results were eye-opening in that we could tell how much people really value marine resources and ecosystems," said Boyle. "And even more meaningful because we did additional analysis that proved the legitimacy of oft-criticized values for environmental resources."

To reach the $17.2 billion figure, the team gathered information about dollar values on natural resources by surveying household willingness to pay to protect those resources. In short, they team asked people how much they would pay to save damaged beaches, fish, and coral bodies.

The National Oceanic and Atmospheric Administration tasked 18 researchers with putting a dollar value on some of the world's most important resources. The scientists asked families if they could pay for a prevention program to weaken the impact of future disasters, how much would they pay? The researchers gave the participants a comparison of the area pre-spill and post-spill. They then offered a 100 percent effective hypothetical prevention program with the parameter that a spill would definitely occur of the same magnitude within the next 15 years.

The average household surveyed said they would pay $153 for a prevention program. Then researchers multiplied that rate by the sample households.

"Our estimate can guide policy makers and the oil industry in determining not only how much should be spent on restoration efforts for the Deepwater spill, but also how much should be invested to protect against damages that could result from future oil spills," said Boyle. "People value our natural resources, so it's worth taking major actions to prevent future catastrophes and correct past mistakes."

Officials previously investigated 16 fires on the Deepwater platform before the Horizon explosion. Prior to the 2010 disaster, Deepwater Horizon began to sink and started to tilt in 2008 due to ballast issues. BP engineers voiced concerns about the casing materials used as early as 2009. However, rig workers frequently noted that they risked being fired for voicing their concerns.

"It's like they used it against us -- the safety policies -- you know, to their advantage," said Daniel Barron III, a survivor of the explosion, in a 2010 interview. "I don't think there was ever a plan set in place because no one ever thought this was gonna ever happen."

The Virginia Tech-led study and $17.2 billion figure does not include any sort of value placed on the 11 lives lost on the rig nor the medical expenses of the 17 employees injured.

For an animated look at the compounding issues which led to the oil spill, watch the video below:

SEE ALSO: These Incredibly Efficient Batteries are Made Out of Waste Glass Bottles

More Stories
scienceQuebec's COVID-19 vaccine is blocked by the WHO. Linked to tobacco?
Loukia Papadopoulos| 3/17/2022
healthRainwater is not safe to drink anymore due to 'forever chemicals'
Mert Erdemir| 8/8/2022
innovationHacker detects a kill switch to take down the gun-toting robot dog
Christopher McFadden| 8/9/2022