Coral reefs are in great danger around the world due to changing world temperatures and human impact, but researchers just found a reef they previously didn't know existed. Hidden behind the Great Barrier Reef, using scanning technology, they found a deep water reef with a total length of 2,316 miles, according to Science Alert. This discovery just goes to prove how little we still know about the ocean and what lies in its depths.

There has been evidence of the hidden reef for many years, but scientists have never been able to explore it extensively due to its depth. With the help of the Royal Austrailian Navy, an aircraft was flown over the area with a scanning LiDAR system. Through these scans, scientists were able to determine the existence of large round structures underwater up to 30 meters deep, confirming the existence of a hidden reef. 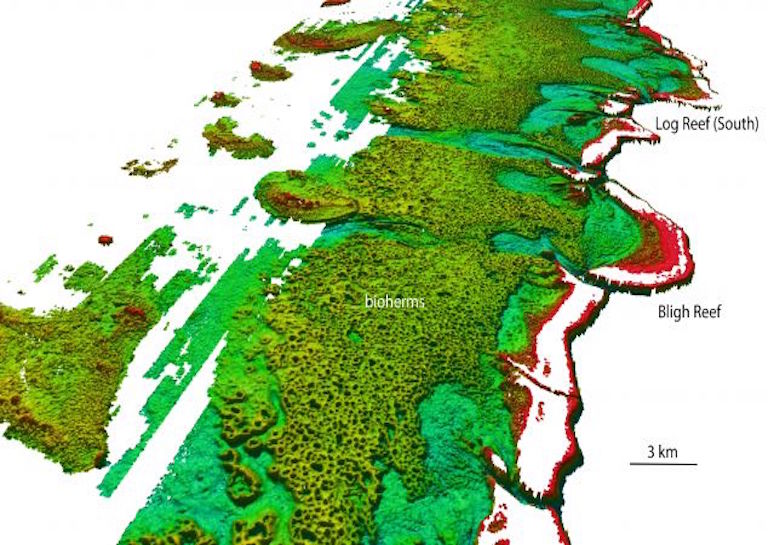 These round structures found on the LiDAR imaging were made by a type of algae that grows fast, and deposits limestone when it completes its life cycle. This type of algae indicates a high presence of marine life in the area, enough so that the existence of a massive reef could be confirmed.