Dark matter makes up roughly 85 percent of our universe and yet no one can "see" it. It's responsible for bending light, affecting the gravity of nearby bodies, and adjusting a galaxy's shape. Most physicists agree that it's five times more abundant than ordinary matter. Understanding dark matter requires scientists to develop technologies never before used. The University of Zurich created the world's most sensitive dark-matter detector to find some answers. The XENON1T uses a giant vat (3.2 tons) of liquid xenon to possibly document dark matter for the first time ever. The massive vat is buried in a mountain in Gran Sasso, Italy.

The first set of results are in -- no dark matter proof yet. For the XENON Collaboration team, the best news is that the machine actually works.

"I think the most exciting thing is the fact that the detector works as we expect," said Laura Baudis, a professor at the Physik Institute of the University of Zurich, in an interview. 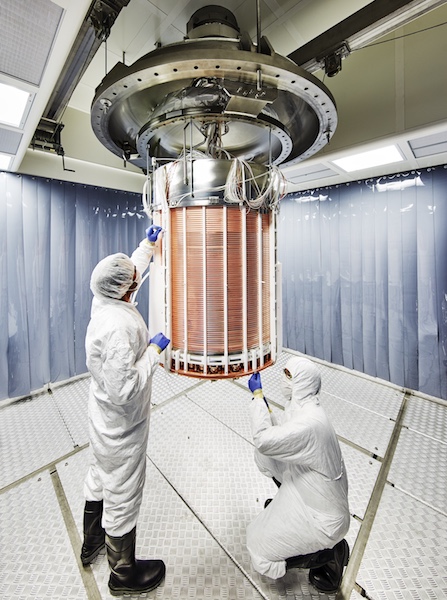 The XENON Collaboration relies on the knowledge of 135 researchers from around the world. These experts hail from countries including the United States, UAE, Portugal, France, Germany. They hoped that xenon's chemical properties would react with the dark matter particles.

"The care that we put into every single detail of the new detector is finally paying back," said Luca Grandi, assistant professor of physics at the University of Chicago and member of the XENON Collaboration. "We have excellent discovery potential in the years to come because of the huge dimension of XENON1T and its incredibly low background. These early results already are allowing us to explore regions never explored before." 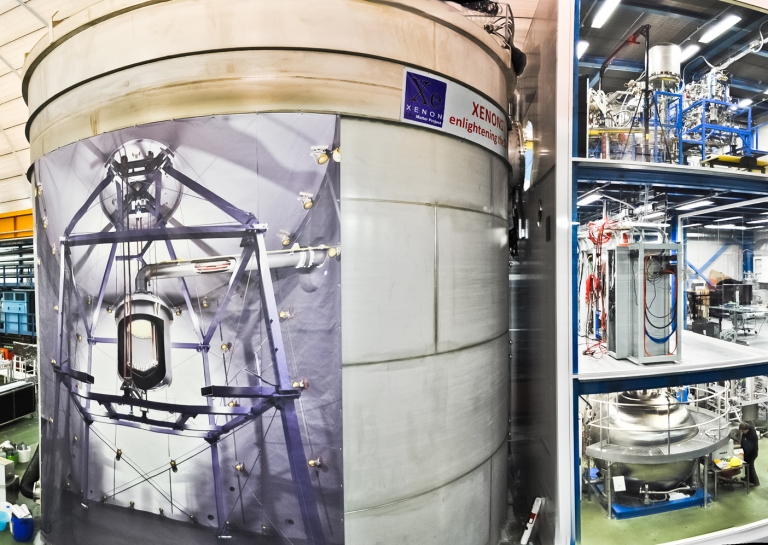 Physicists believe that dark matter particles would only interact with the nuclei of regular matter atoms. Even then, those reactions are expected to be very weak. The XENON team predicts that the dark matter particles will hit the nuclei of the xenon and knock off an electron. They'll then measure the time between the photon signal and a secondary signal from the electron 'leaving' the experiment. That would result in a tiny flash of light, which the scientists then record.

Xenon -- the colorless, odorless, and dense atomic number 54 -- seems like the perfect material for the detector. It produces the lowest possible radioactive content, making those pings of particle interference a little bit easier to identify.

“Every time we run our detector longer or make it bigger, we’re exploring more of the parameter space,” Christopher Tunnell, fellow at the Kavli Institute for Cosmological Physics at the University of Chicago, said. “You’re able to say dark matter isn’t this or it isn’t this.”

Elena Aprile serves as a spokesperson for the project in addition to being a professor at Columbia University. She said that the results are far from disappointing, especially given that they didn't expect XENON1T to return information so soon.

"The best news is that the experiment continues to accumulate excellent data, which will allow us to test quite soon the WIMP (weakly interacting massive particles) hypothesis in a region of mass and cross-section with normal atoms as never before," she told Phys.org. "A new phase in the race to detect dark matter with ultra-low background massive detectors on Earth has just began with XENON1T. We are proud to be at the forefront of the race with this amazing detector, the first of its kind."

Tunnell also noted in an interview with the University of Chicago that seeing XENON 'leading the charge' inspires him.

"It has been a large, concentrated effort and seeing XENON1T back on the front line makes me forget the never-ending days spent next to my colleagues to look at plots and distributions," Tunnell said. "There is no better thrill than leading the way in our knowledge of dark matter for the coming years."